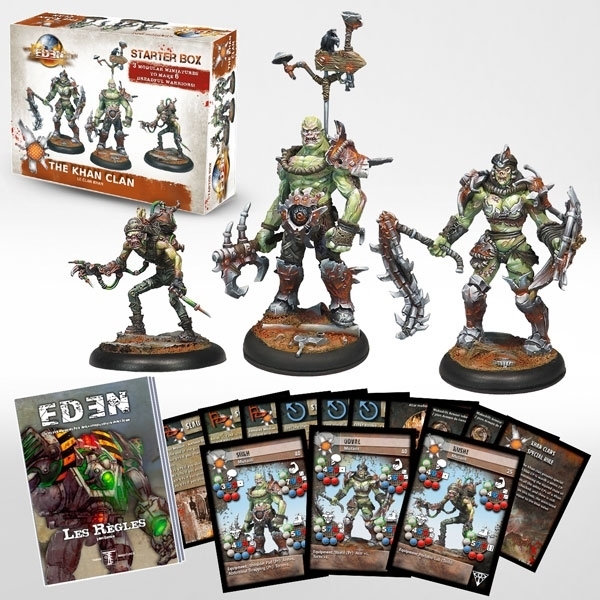 The starter will allow you to play a full part of Eden with the Clan Khan ! These fearsome warrior can be mounted in two different ways for every body!

- Sükh is a violent and resolute being, capable of the worst to achieve his aims. He is a skilled and tireless warrior who seems not to fear even death itself.

- Alagh is the very incarnation of terror for the opposing forces. He is well trained andcarries two chainsaws all at once. His bloodthirst is inextinguishable and his sole presence induces fear in the heart of his ennemies.

- Equiped with an amazing crossbow, Oyunbileg strikes down from a distance all those who dareresist her. Only the strongest targests will survire her toxic flasks. She also acts as a scoutfor the Khan Clan, she strides across the battlefield before the fight begins and she discoversthe most incongruous secret passages to fall upon her victims' backs.

- Odval is born to stand at the height of the battle. This well protected figther will take many hits and be able to answer with violence against all those who dare pounce unconsciously on her.

- Kushi, the healer of the Clan, knows a lot of ancestral techniques that make him essential to the survival of its allies. Out of the battlefield, he tends flocks, being herds of mutant animals or humain slaves.