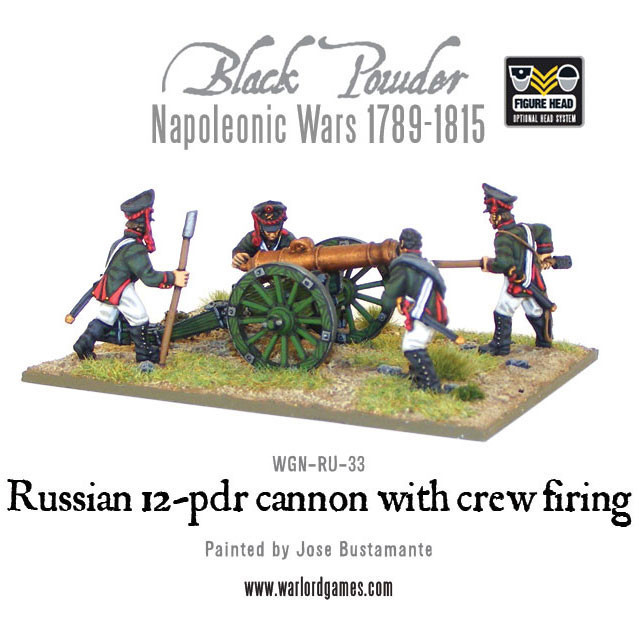 The Russian Napoleonic army underwent massive organisational changes in 1805, and the revamping of the artillery arm was a vital part of this as it was considered the most important branch of the Russian army at the time.

Count ArakcheyevǃÙs reforms had led to a standardisation of gun types so the army could rely upon a uniform selection of 6-pounder and 12-pounder guns and the 10-pounder and 20-pounder Licornes. In conjunction with the Karbanov gun sight (the most advanced of its time) Russian artillery was a match for any enemy.

The 12-Pounder was the standard heavy artillery gun in the later Russian Napoleonic army; Russian guns were treated with as much reverence as the French viewed their eagles, and were manned by well trained and motivated men.