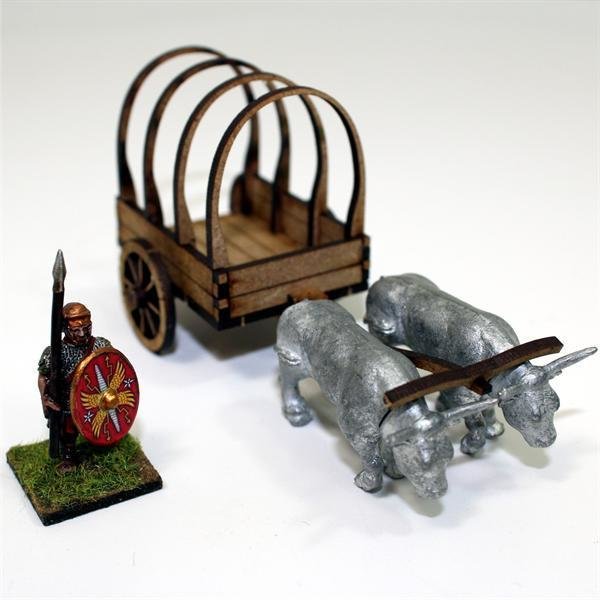 Oh yes, the Roman Ox Cart, even after Marius reformed the army - he had each soldier carry several days food with all his impedimenta - the army still needed to be resupplied on campaign by hundreds of Ox carts and Mule trains.

These supply carts were guarded well in hostile lands, often the guards would camp by Watch Towers rather than in the open; many a campaign was stalled when resupply had been attacked. Not just food and wine was on these resupply carts, replacement shields, pila shafts, iron and tons of replacement leather were all transported to the troops at the front in these vehicles.

Romans needed carts to last, they forged iron rims to their wheels so they would last longer on their roads. Iron forged rims would not be made again in the same way for over a thousand years after this technology was lost in the Dark Ages.

It can be made either with a hooped canopy or an open top.(28mm Scale model supplied unassembled and unpainted. Oxen and Romans not included.)