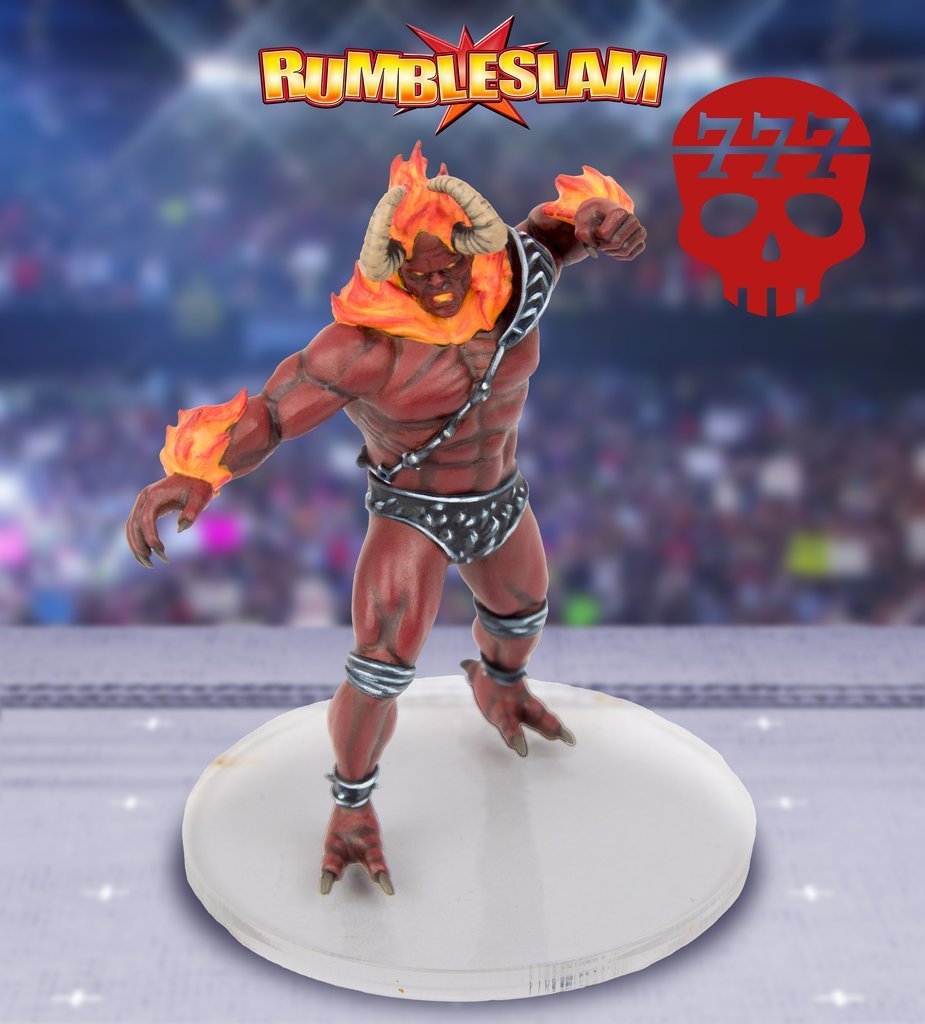 We've had plague monsters, zombie badasses, and giant dinosaurs. But this is the first true evil demon RUMBLESLAM has unleashed.

So what does this giant flaming thing do? Well, the key is in the flames, really. Immolation Aura is an Active Ability that just sets people on fire! No roll, no defence, just that anyone in base contact with Mythos takes Damage. Just watch out for your own wrestlers!

Other than that, Mythos has a whole load of great abilities, including Clothes Line From Hell (unsurprisingly), which has the important Throw special rule. Not that he needs much help throwing wrestlers around, as his Grapple is a ridiculous 2 Gold and 1 Copper! Ow ow ow.

Wrestling for The Feral Den means that Mythos works very well with The Raging Beasts, who always benefit from another damage dealer. He's also great in high Stamina teams like The Runic Thunder, where his Immolation Aura won't even hurt them very much!