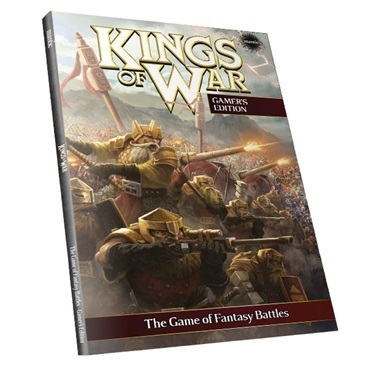 The Kings of War 2nd Edition Gamer’s Edition Rulebook is a softback book that features the complete rules, magic items and force lists in a softback book, for taking with you to the battlefield.