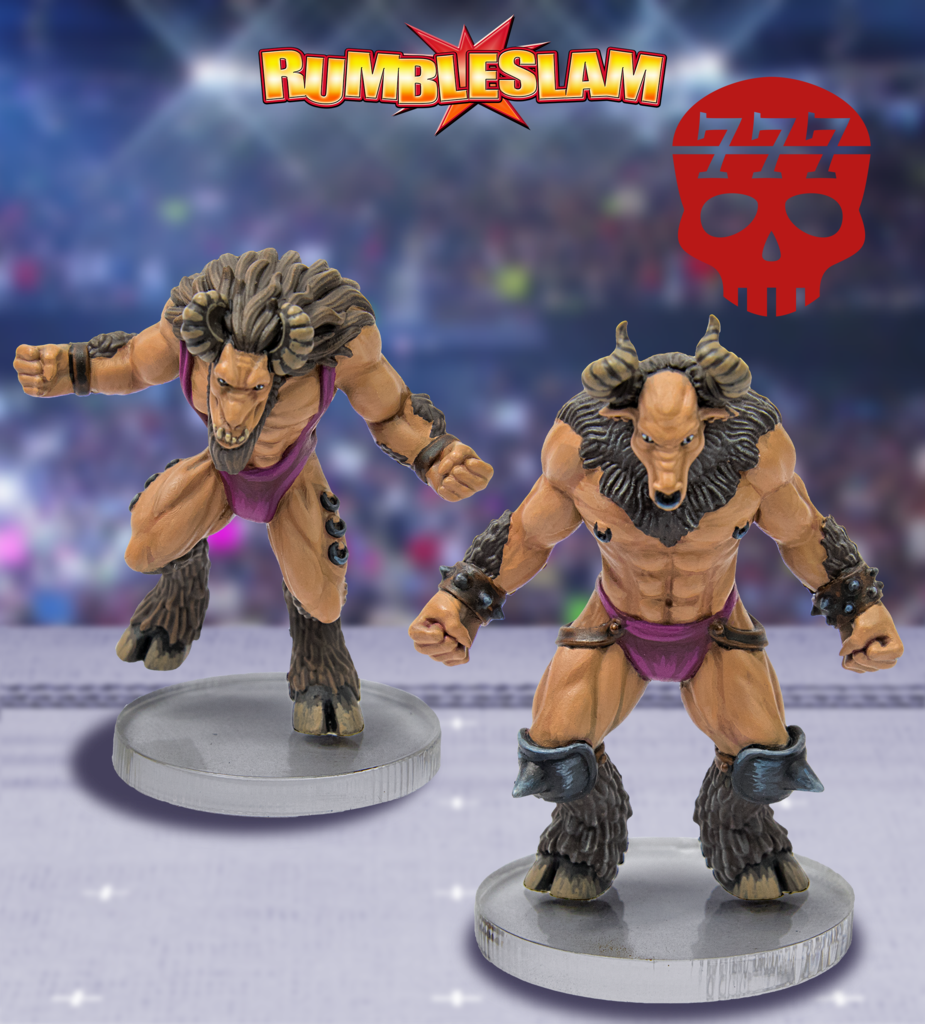 The kings of unreliable wrestling, the Goatmen are here to smash their way to victory! Their attacking power is second to none, but their Defence is some of the lowest in the game, making them really big glass cannons. They do have another drawback too, with their Frenzied rule meaning that they may have to be activated first each round. However, they have the stopping power of an Orc at a price point that’s hard to beat.

This pack includes a Goatman Brawler and a Goatman Grappler. They’re from the Raging Beasts (of course) deep underground in The Feral Den. If you can handle the craziness, you won’t find a cheaper pair of wrestlers that can put out so much hurt!