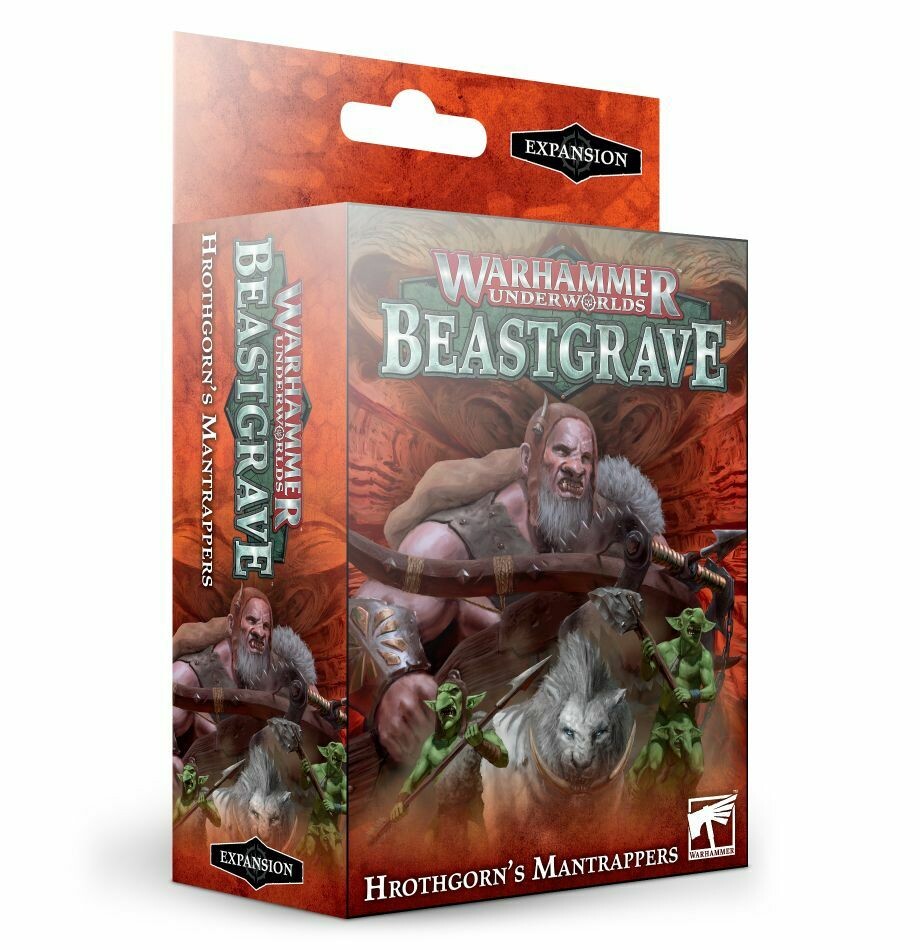 Hrothgorn and his party of hangers-on were ranging ahead of their Alfrostun when the Icebrow Hunter caught what he thought was the scent of abundant prey beasts somewhere up ahead. The group hungrily followedthe trail… it wasn't long before he realised they'd been lured into the gullet of Beastgrave. Hrothgorn set about finding a way out, his loyal Frost Sabre and a ragtag band of Gnoblars always at his heels.

Add a mighty Icebrow Hunter of the Ogor Mawtribes to your games of Warhammer Underworlds with this warband expansion. The six push fit models in blue-gray plastic will be ready for your games in no time, and five fighter cards for each member of the warband contain all their in-game stats. One of the models marks a deadly trap on the board. You'll find 32 cards to represent the warband's brutal ploys, upgrades, and objectives, plus 27 additional Universal upgrade, power, and objective cards to use with any warband!

– 5 fighter cards, including Inspired rules on the reverse