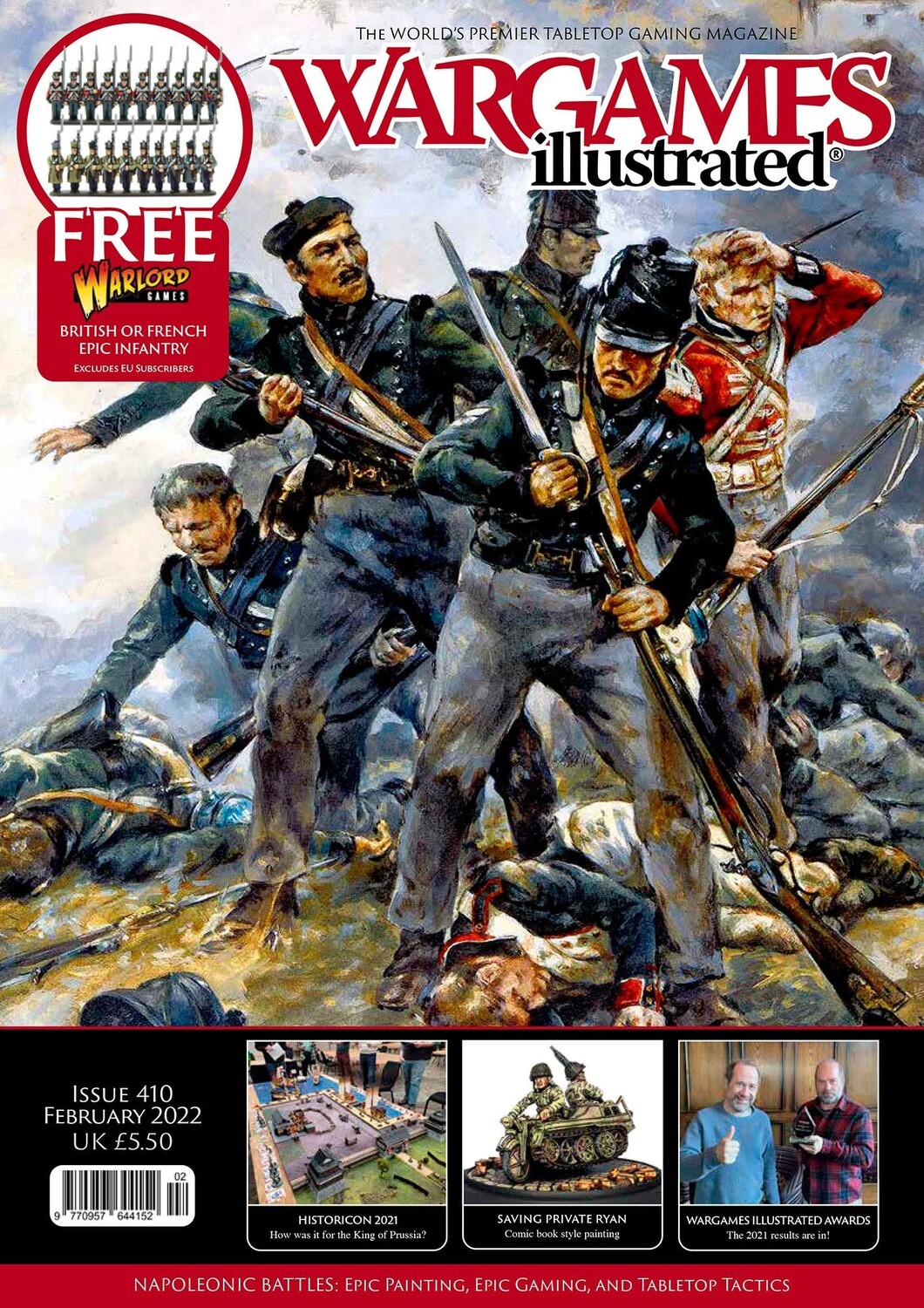 FREE with the February issue of Wargames Illustrated magazine, one plastic frame of either British or French Epic Waterloo Infantry (randomly bagged).

Our monthly look at what your fellow hobbyists have been up to recently.

News and reviews of the latest miniature and rulebook releases.

We pitted two Black Powder veterans against each other in their first Epic scale game. Editor Dan found out what they thought.

Colonel (Retired) Bill Gray reports on the return of Historicon to North America after an almost two-year hiatus.

A Bill Gray double this month and in his second article, he offers some practical advice for umpires and players looking to refight Napoleonic big battles on a modest tabletop.

Sébastien Clément shows how he achieves a comic book style on his Bolt Action figures.

A TIGER ON THE HUNT

Bases for this month’s free figures are available to buy from Warlord Games, or you can knock up your own in next to no time.

Our players take some Covid-enforced downtime as a chance to get down to some Silver Bayonet hobby activity!

ZHENG HE IN MEXICO

David Bickley contributes to our irregular series and shares his passion for a well-established range that is not to everyone’s taste.

Roly Hermans and Mark Piper are back after describing five centuries of warfare in New Zealand last issue; this time they modify Muskeys and Tomahawkys to play the New Zealand Wars.