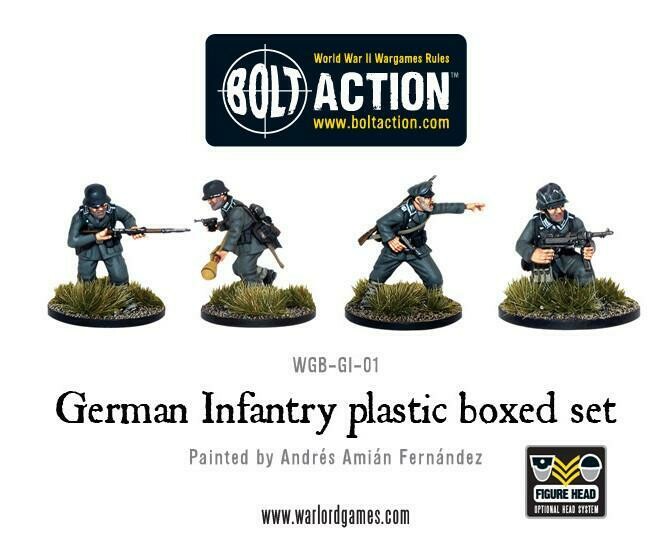 German infantry were generally well trained, well led and well equipped and were considered the most effective fighting force in Europe.

Normally, the basic German squad was composed of 10 men: a squad leader (generally armed with an MP40 sub-machine gun), 7 rifle men, 1 machinegunner (armed with either a MG34 or an MG42 machine gun) and 1 machine gun assistant. As the war progressed, the German army got increasingly outnumbered, with recruitment shortages and equipment failures, bringing the standard size of a squad down to 9 men.

In this set all options are covered, including panzerfaust anti-tank rockets and late war STG44 assault rifles, so you can recreate different periods, from early to late WW2.

These models not only have the trademark warlord character and dynamism but also stacks of options for building and equipping your soldats! Perfect for fighting across the claustrophobic hedgerows of Normandy, the inhospitable Russian front, the rugged hillsides of Italy and the final, desperate defence of Berlinǃ