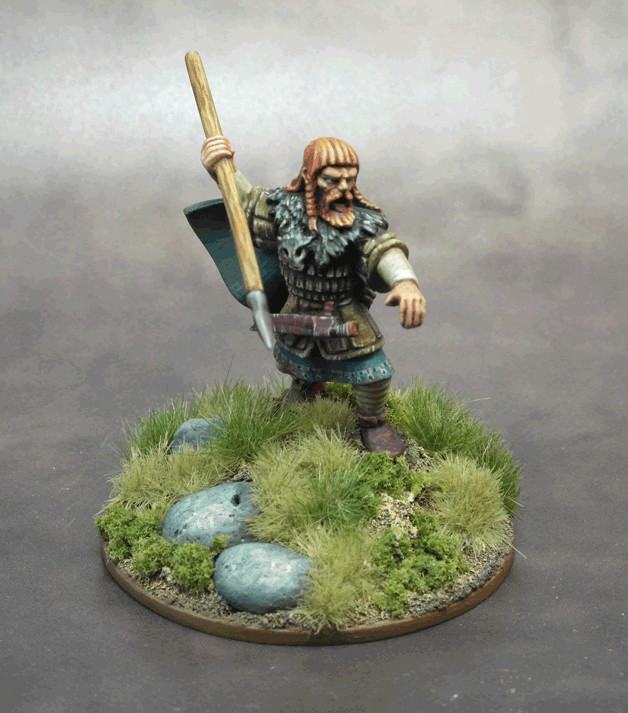 Vagn The Fearless - Heroes of the Viking Age - SAGA

Vagn appeared as one of the major characters of the Saga of the Jomsvikings, when at the age of twelve he became the youngest boy ever to be accepted into the brotherhood. During his time with the Jomsvikings, Vagn never ceased to display bravery that won him the respect of his brothers and his ship's crew. His brutal and fearless behavior was a sharp contrast with Sigvaldi whom he almost defeated when passing the Jomsviking invition combat. Vagn is a fighter rather than a commander. He generates two SAGA Dice at the start of each turn. He will never fight with foreigners on his side. So if your warband includes Vagn, it may not include any Swords for Hire.