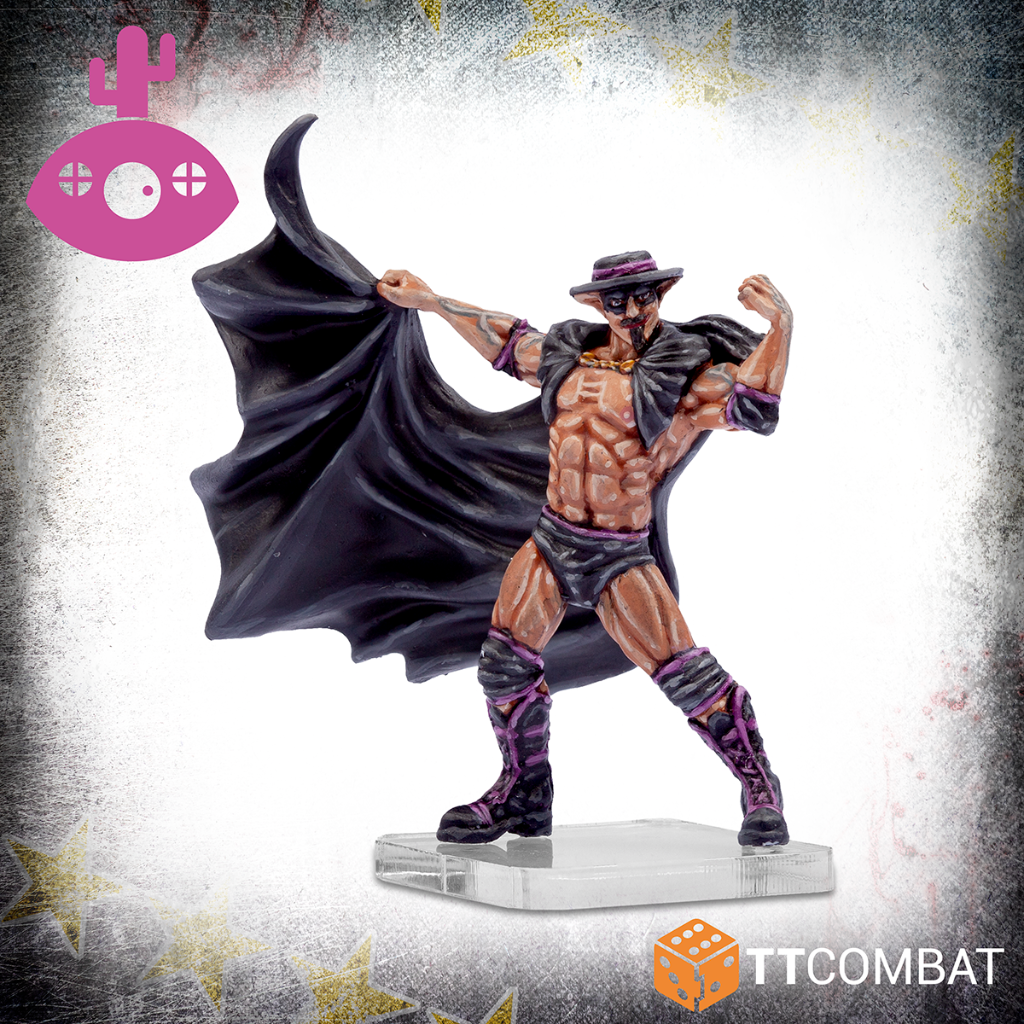 The Fabulous Atoq is a wrestler unlike any other. Incredibly self-reliant, his statline speaks for itself! He has plenty of gold dice, a ridiculous Dexterity value, and a move of 6 (including the Skitter special rule). That puts him as one of the fastest wrestlers in the game. With +2 on his DEX you only have to roll a single 1 to not get thrown out, so that puts him safe as houses!

Able to Mark an opponent with his sigil by using a Crowd Pleaser, Fabulous Atoq makes an excellent assassin, able to re-roll blank dice against that wrestler for the round. Adding in his Wily ability to use DEX on a single roll for the round (on attacking or defending) and you have an excellent all-rounder!

Contains 1 resin miniature and 1 clear acrylic base. Acrylic bases will have coloured film on that needs removing before assembly.

Resin miniature supplied unpainted and unassembled. This kit will require cleaning and assembly, and could need some small holes filled.