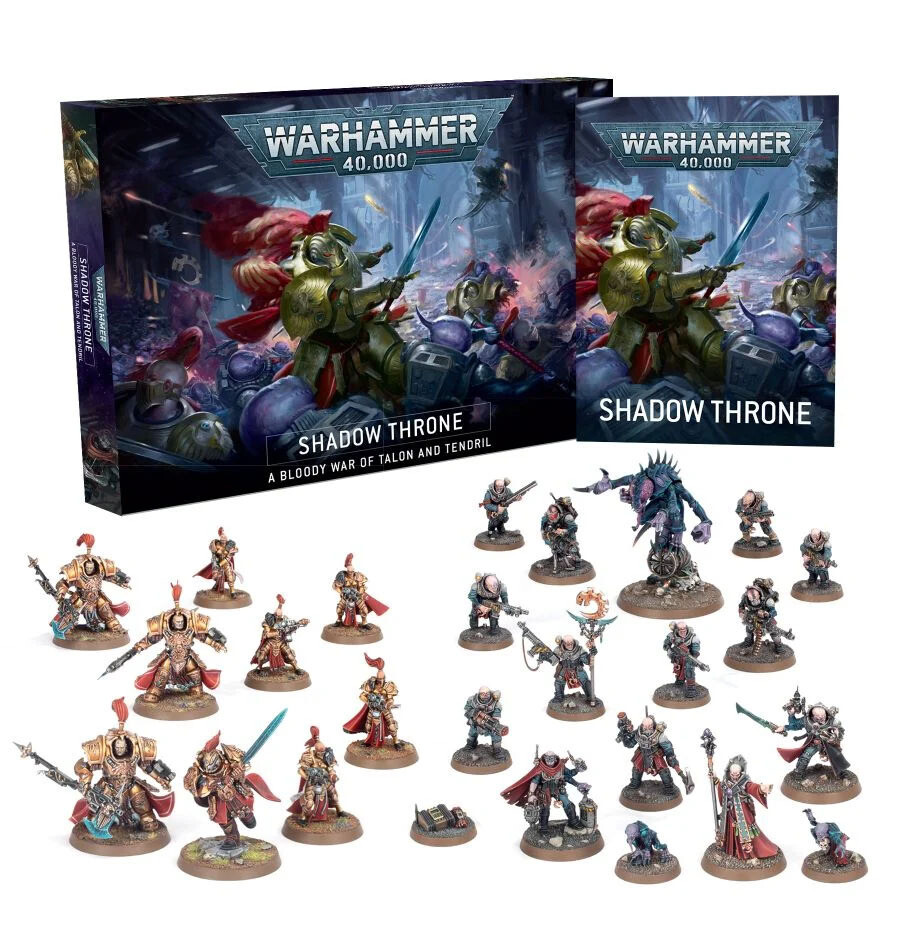 Deep beneath the surface of humanity's Throneworld, the agents of the inquisition have made a horrifying discovery – a Genestealer Cult has taken root amidst the shadows, spreading its malignant tendrils across Holy Terra. Such a threat to the Imperium's heart cannot be permitted, and so Blade Champion Aristothes Carvellan leads an elite force to purge the xenos threat. So begins a nightmare subterranean war against the beast known as the Begetor and its mutated brood.

Whether you're a long term defender of the Imperium, or a fledgling Cultfold these reinforcements into an existing army.

- 3x Allarus Custodians, with the option to build one miniature as a Shield-Captain, and one as a Vexilus Praetor

- 5x Witchseekers, able to be built as Vigitalors or Prosecutors

A 32-page Shadow Throne campaign book covering the narrative of the Unthinkable War, which sees the Adeptus Custodes and Sisters of Silence in conflict with a covert uprising of Genestealer Cults beneath the Imperial Palace itself. This book contains Datasheets for everything in the box, as well as rules for the Deadly Ambush Theatre of War, a two-mission campaign, and Crusade rules giving each faction a Battle Trait table and both an Artificer and Antiquity Relic. All together, this makes Shadow Throne a brilliant choice for new and existing players alike.