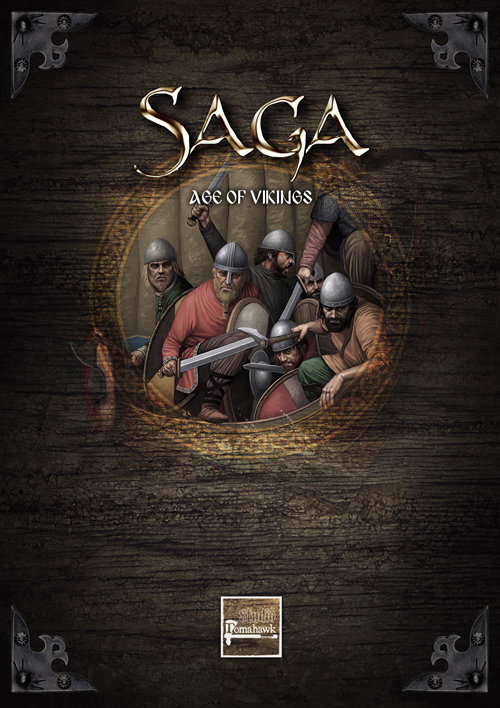 793...The peaceful monastery of Lindisfarne is attacked and pillaged by men who rise out of the mists, cleaving the waves in ppowerful ships.

This attack marks the beginning of the story of the Vikings, also known as the Northmen, Sea Wolves and Scourge of the Faithful. For the next three centuries, every coast and every city will live in fear of these warriors and their unequalled savagery.

Soon, the Norsemen will no longer be satisfied with looting, theft and pillaging. the armies of the powerful Scandinavian kingdoms will come together in fleets to descend upon Europe, conquering countries, ransoming kings and emperors and founding colonies.

Age of Vikings is a SAGA supplement covering Europe from the emergence of the Norse kingdoms to the Battle of Hastings which marked the end of the era.

This Universe offers you 12 factions covering all four corners of Europe during this period, each with its own Battle Board, history, legendary units and special rules.

This book also contains rules for mercenary units which can be recruited by your warbands and an appendix on Relics & Artifacts from this heroic age.

Relive the exploits of heroes liek Harald Hardrada, William the Conqueror or Charlemagne! The greatest sagas were written by the Viking poets - can you surpass them?

This book comes with 12 Battle Boards which may not be sold separately.