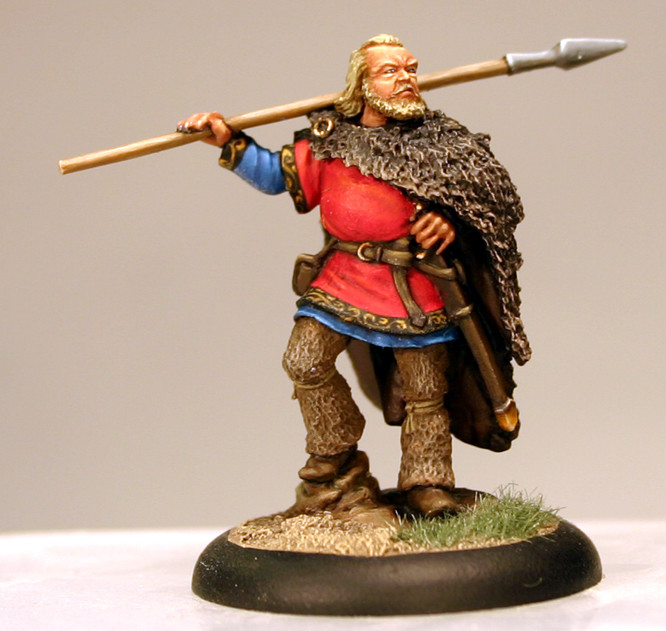 Rangar Lothrbok (also spelled Lodbrok) belongs to myth as much as to history. A raider much more than a king, he cast a shadow on Western Europe where his raids were feared and anxiously awaited. He was very keen to make churches and ecclesiastical buildings target of his raids, claiming to be the son of Odin. Ragnar claimed to be the son of Odin. His death song ends with: "The days of my life are ended. I laugh as I die". As a formidable hero, he cancles the first two hits suffered in each melee or against each shooting action (and not just the first one as other Warlords). As a legendary warrior, Ragnar generates three SAGA dice at the start of each turn, instead of the usual two for other Warlords.