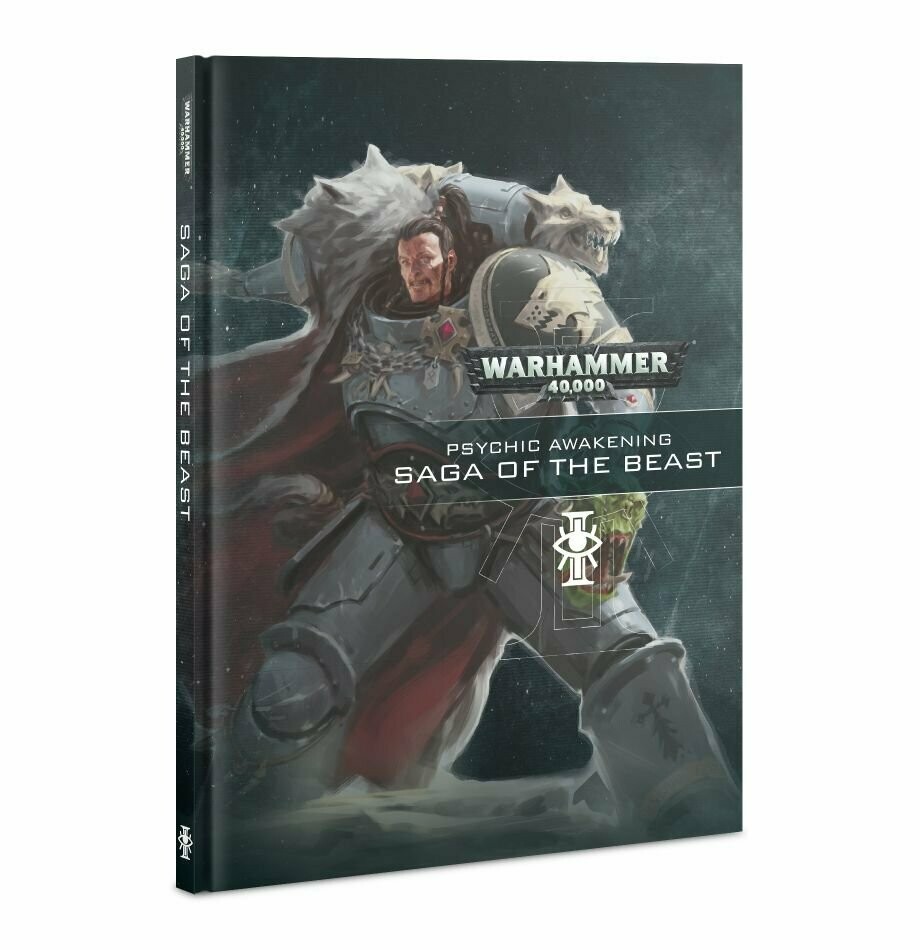 Book 6 of the Psychic Awakening Series

When the Great Rift tore open across the galaxy, the Orks saw it as a conduit to even greater conflicts and battles. Ghazghkull’s Great Waaagh! rapidly grew in size and strength with each fresh conquest as the greenskins instinctively mustered for war. The Grand Warlord’s hordes were further swollen as the visions of Ork Weirdboyz compelled their warbands to join the Great Waaagh from light years away.

Meanwhile, the Rune Priests of the Space Wolves received visions of their own, foretelling the unification of the greenskin race. Determined to intercede before such an eventuality could befall the Imperium, Logan Grimnar took decisive action, sending his Great Companies across the Sea of Stars in a bid to defeat the Orks before they became unstoppable and finally rid the galaxy of the threat Ghazghkull posed.

In the sixth instalment of the Psychic Awakening, you'll read how the Space Wolves engaged the Orks wherever they could be found – and what happened when Ragnar Blackmane tracked Ghazghkull to his base of operations on Krongar. Meanwhile, a vast set of rules expansions enhance your armies of Space Wolves and Orks with name generators, updated datasheets and much more besides.

Inside this 80-page book, you'll find:

- Expanded army rules for the Orks – including the new datasheet for Ghazghkull Thraka (who is not just back, but more powerful than ever!) and his plucky grot banner bearer, Makari


© Warner Bros. Entertainment Inc. All rights reserved. THE HOBBIT: AN UNEXPECTED JOURNEY, THE HOBBIT: THE DESOLATION OF SMAUG, THE HOBBIT: THE BATTLE OF THE FIVE ARMIES and the names of the characters, items, events and places therein are trademarks of The Saul Zaentz Company d/b/a Middle-earth Enterprises under license to New Line Productions, Inc. (s16)

E: Due to UK regulations, several wholesalers, including Games Workshop and Warlord Games, have decided to stop shipping, distributing, and selling products by April 14th. As a result of this decision, we are unable to meet the specified delivery times for products that we do not have locally in stock. Delays can therefore be expected to continue until after April 14th.