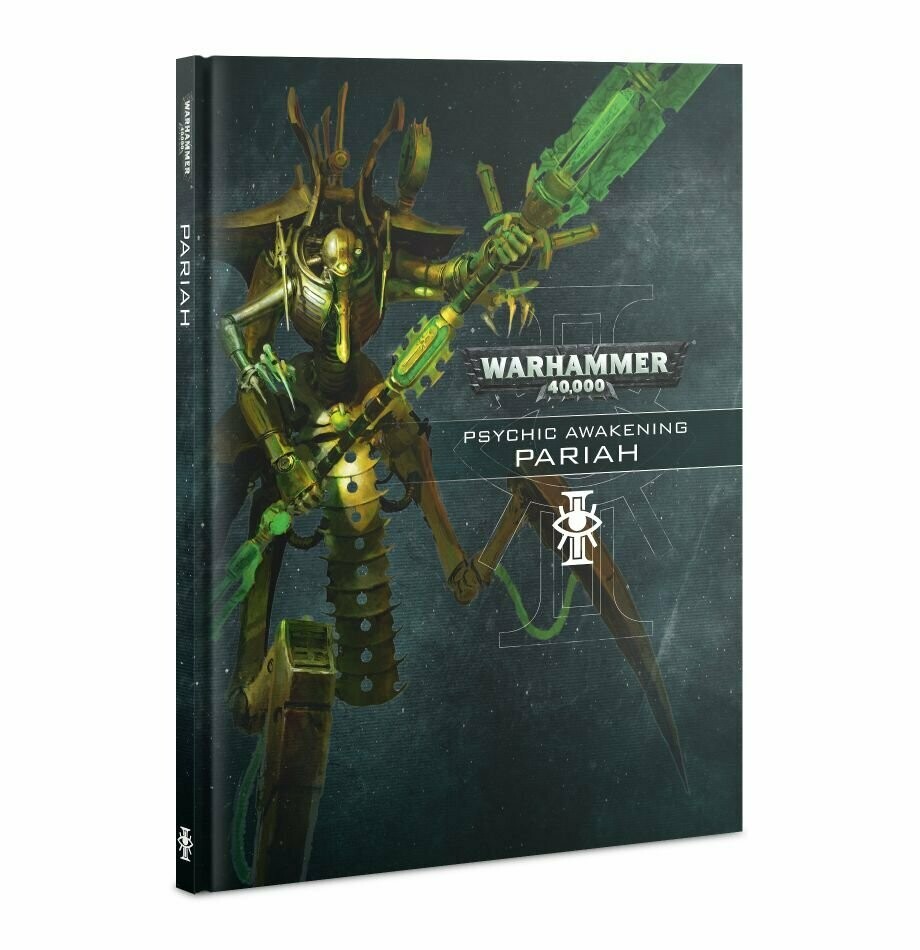 Book 9 of the Psychic Awakening Series

When Battle Group Kallides of the Indomitus Crusade reached the Nephilim Sub-sector, it encountered a silent zone, appearing to the group's Navigators as a shimmering psychic veil that even calmed the noise of the warp beyond it. Upon entering what the region of space that henceforth became known as the Pariah Nexus, the Battle Group encountered even stranger happenings – including the Geller Fields failing on a number of ships, which would otherwise have been instantly filled with Daemons from the warp, but with no such catastrophe ensuing. What new devilry was this?

In the ninth instalment of the Psychic Awakening, you'll read what happened when the secretive agents of the Inquisition began investigating haunting reports of the absolute silence detected in the Nephilim Sub-sector. Meanwhile, a vast set of rules expansions enhance your armies of the Inquisition with name generators, updated datasheets and much more besides.

Inside this 80-page book, you'll find:

- A full rules supplement for armies of the Inquisition – including datasheets for Inquisitors Greyfax, Coteaz, Karamazov and Eisenhorn