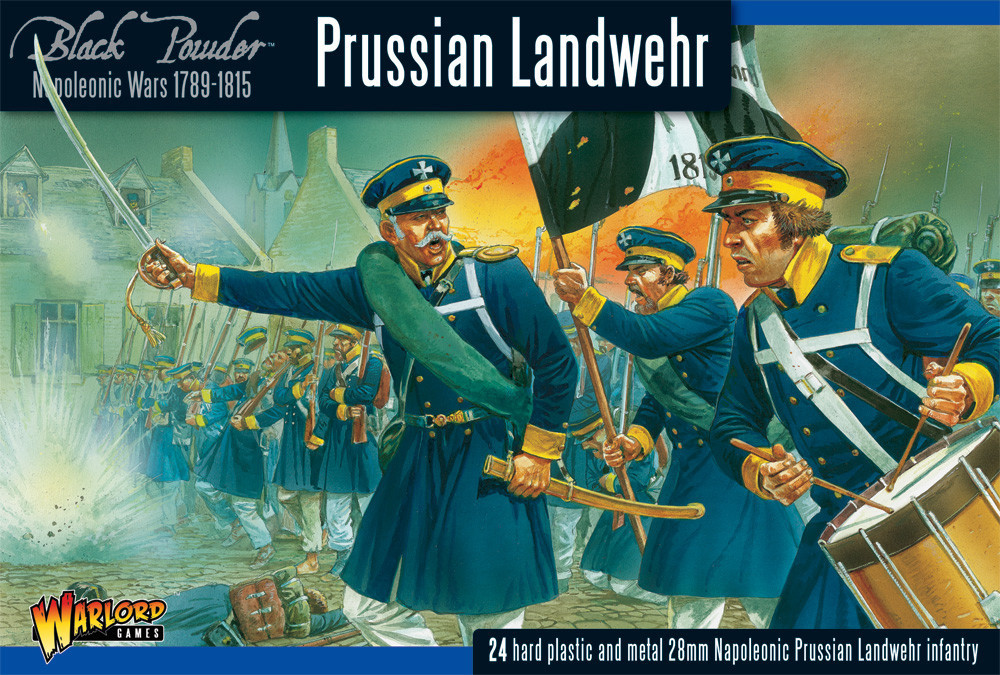 The Landwehr were Militia formed from teenagers through to men in their 40s. They were plucked from their fields, shops and offices and enrolled into the Prussian military machine to enlarge the forces that could finally depose Napoleon, the tyrant of Europe. Prussia was a small State but her armies were well trained and burning to avenge their past defeats. The Landwehr consisted of over 60 battalions and  were equipped and trained as time and money allowed. A cheap but warm coat, comfortable cap and a musket was considered uniform enough to get enough troops out into the field for the restricted Prussian army of the time.

The Landwehr fought bravely in the latter wars of the period, fighting hard in the 1813 campaigns and ultimately at the crescendo that was Ligny and Waterloo. Ill-equipped and half-trained they may have been, but after a few months had sorted out the wheat from the chaff they went on to fight with determination alongside their brothers in the Prussian Line regiments, their very innocence at war sometimes spurring them on to great  things with patriotism being what it is!