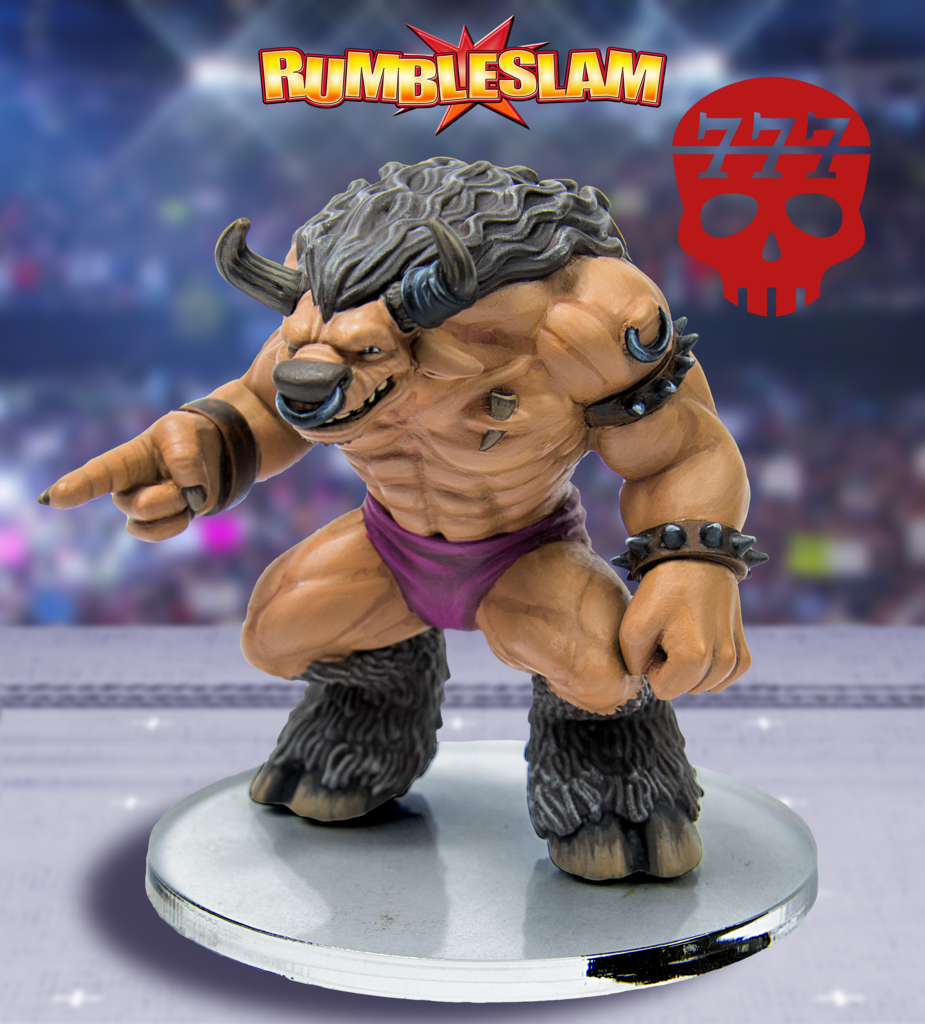 Look at that cheeky grin! The Minotaur has a solid stat line but is best when using its special abilities. Get The Horns is a Rope Ability that gives the Lifted special rule. Charge across the ring and then throw your opponents out next round (or combine with a wrestler that gives +1AP to do it in one go)! For 275K, who can say no to that?

The Minotaur is from the Raging Beasts, and usually found lurking around The Feral Den. However, it makes a great addition to any team looking for a versatile Weight 3 wrestler that can terrify smaller opponents.

Resin miniature supplied unpainted and unassembled with a unique

bases have a peelable protective film