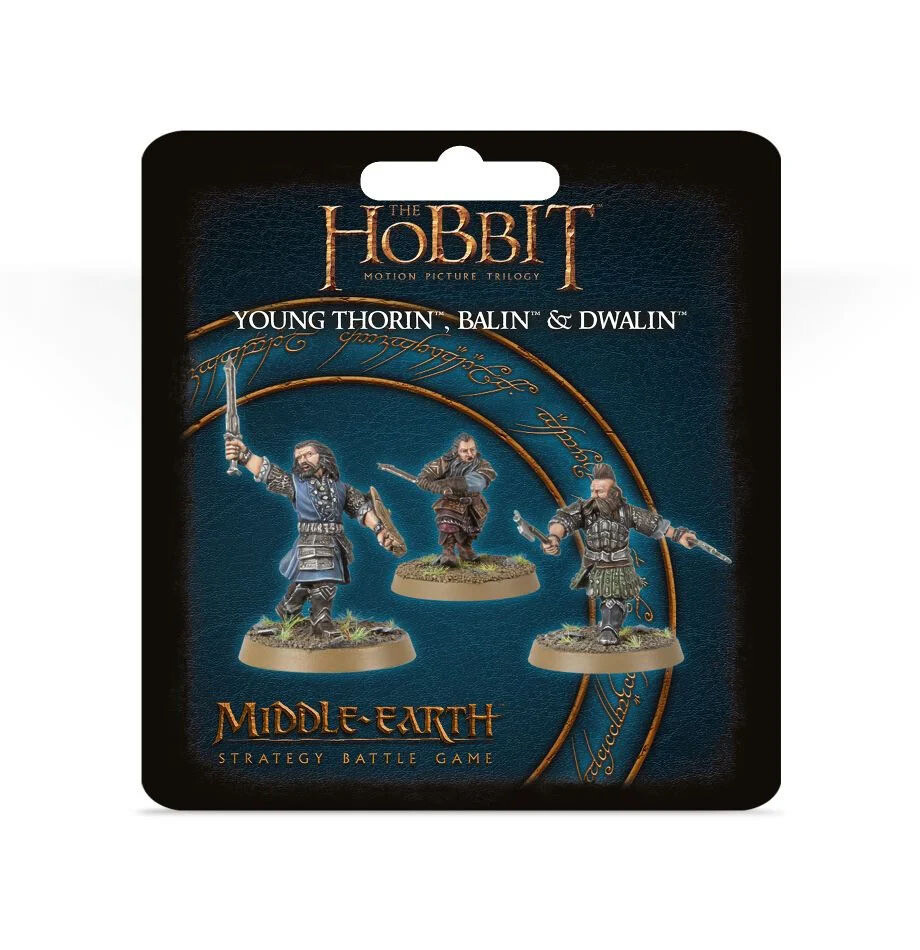 As a prince of Erebor, Thorin held a position of respect and honour among the Dwarven hosts who strode to war in the name of his grandsire. Even as a youth, Thorin possessed an impressive skill-at-arms and the courage to match it. This stood him in great stead when Smaug wrought such terrible devastation upon his home, and even more so at the great Battle of Moria many years later. In that battle, when all hope seemed lost and the line of Durin faced extinction, Thorin prevailed in spite of the odds, and earned himself the moniker 'Oakenshield'.

Thorin's able companion and comrade-in-arms, Dwalin is one of the most skilled fighters – and perhaps the strongest Dwarf – in all of Erebor. When Thorin escaped the wrath of Smaug, Dwalin and his brother Balin were beside him and, years later, they remained so at the Battle of Moria. In a melee there is no Dwarf more unflinchingly violent than Dwalin and, when armed with his paired axes 'Grasper' and 'Keeper', he is capable of taking a bloody tally of his foe.

Wherever Dwalin travelled, his older brother, Balin, was sure to be found. Wise, even in his youth, Balin was the kind of Dwarf that others sought out for sage counsel, although he was in no way lacking for skill-at-arms. At the Battle of Azanulbizar, Balin joined Thorin in rallying the wavering Dwarven hosts, charging to victory up the corpse-strewn slopes beside his beloved kinsman.

Thorin, Dwalin and Balin are foremost among the Heroes in the Erebor army list. Thorin carries a sword and the improvised shield of oak from which he later took his name, while Dwalin wields his trusty pair of axes and Balin, his sword-mace.

The set contains three resin miniatures – Thorin, Dwalin and Balin in their youth – supplied with 3 Citadel 25mm Round Bases. Their rules can be found in Armies of The Hobbit™.