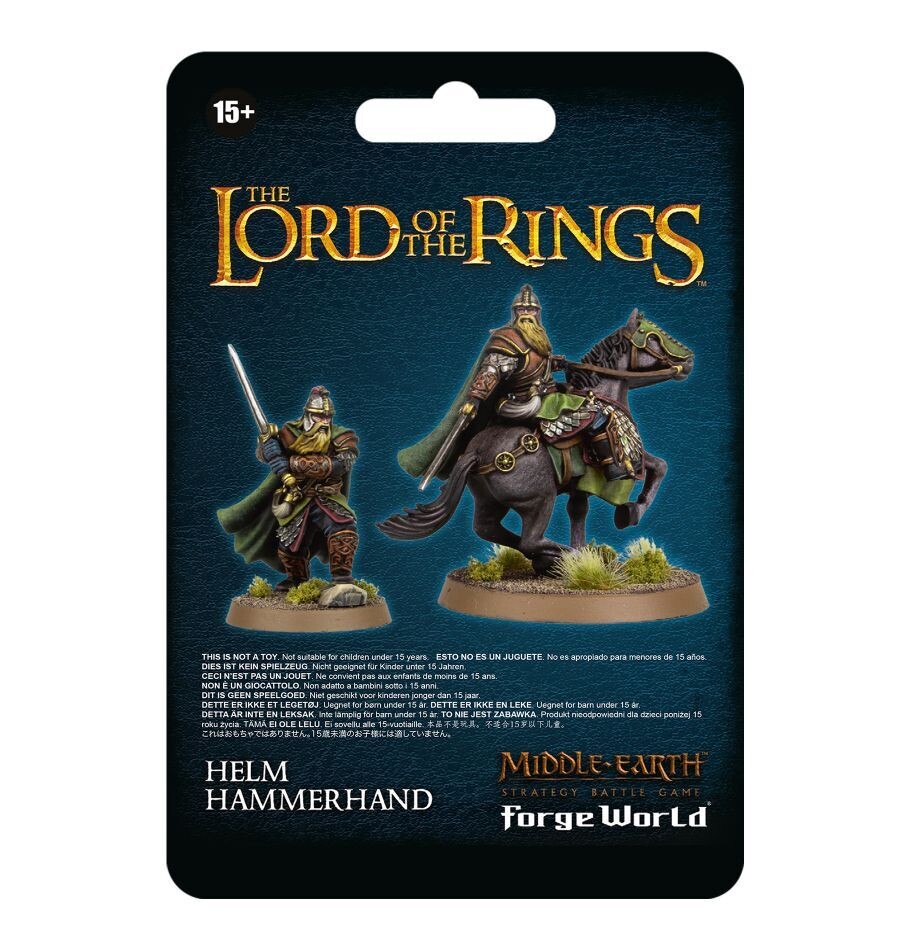 The ninth king of the Kingdom of Rohan, Helm Hammerhand has gone down in legend as one of the greatest rulers of his realm. It was said that the strength that Helm could muster within his fist was as strong as any hammer, and so he became known as the Hammerhand. During his reign, Rohan was at constant war with the Dunlendings. Edoras was assaulted and Helm and his people were forced to take refuge within the fortress of Suthburg. It was here that Helm Hammerhand rode out to fight the Dunlendings and won a great victory. From that point forth, the fortress of Suthburg became known by its more recognisable name – Helm's Deep.

Lead a historical army of Rohan with one of its most famous kings from the past, Helm Hammerhand. This set includes two miniatures – one depicting Helm on foot and the other, mounted. He wears a regal suit of armour, and bears a two-handed sword and his mighty war horn.

© Warner Bros. Entertainment Inc. All rights reserved. THE HOBBIT: AN UNEXPECTED JOURNEY, THE HOBBIT: THE DESOLATION OF SMAUG, THE HOBBIT: THE BATTLE OF THE FIVE ARMIES and the names of the characters, items, events and places therein are trademarks of The Saul Zaentz Company d/b/a Middle-earth Enterprises under license to New Line Productions, Inc. (s20)