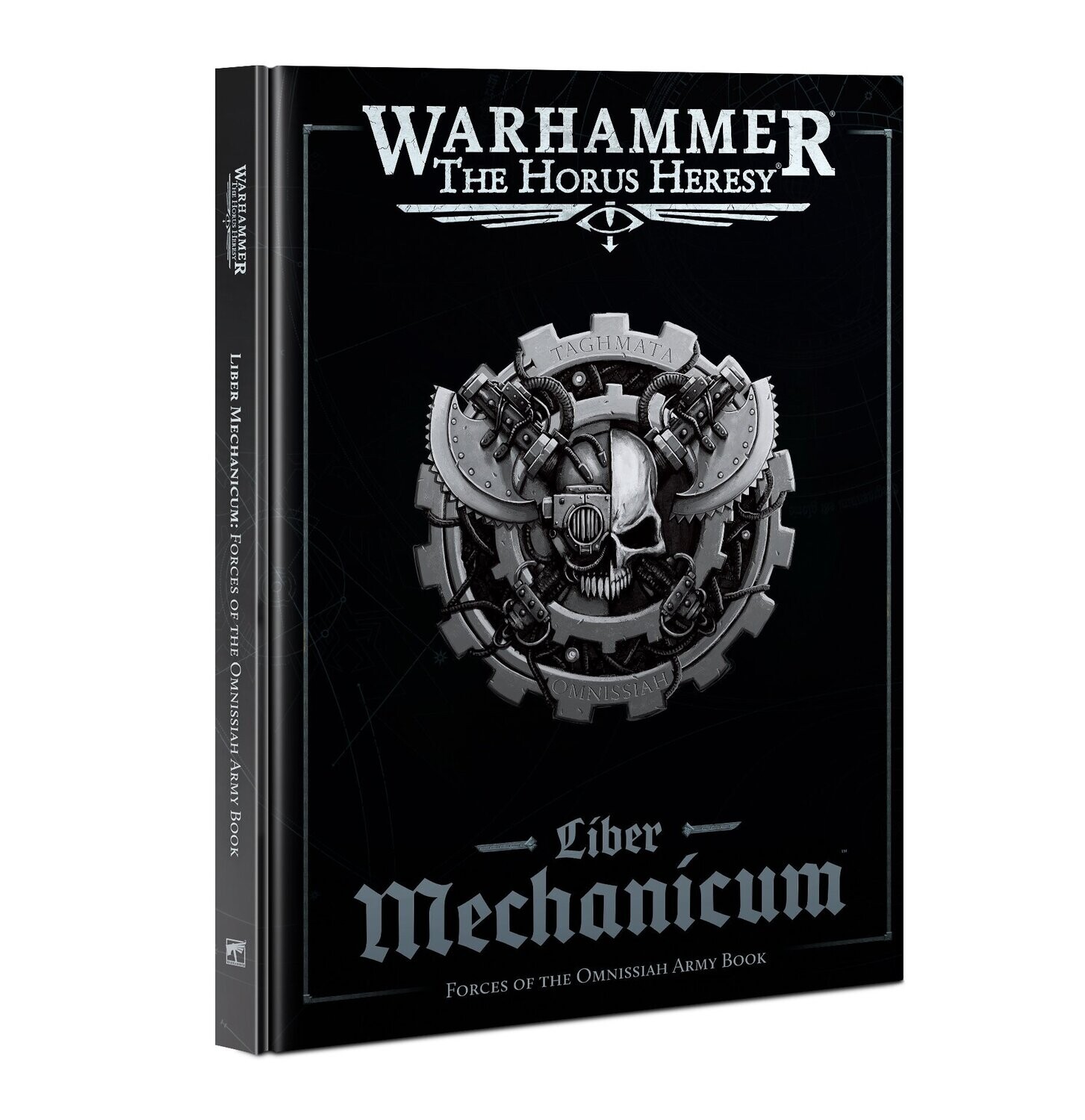 The mysterious Cult Mechanicum of the 31st Millennium march to war armed with esoteric and arcane science, hosts of battle-automata and cybernetic soldiers guided by the cold iron logic of their Tech-Priest overlords. The Lords of Mars command the technology that shaped the Imperium and, as the Horus Heresy consumes the galaxy, wield their arsenal for both Loyalist and Traitor causes.

This book is an essential guide for anyone who wants to command Mechanicum armies in Warhammer: The Horus Heresy. It contains all of the rules you need to field the various deadly and esoteric machines and troops of the Taghmata Omnissiah, whether they are loyal to the Emperor or the Warmaster. This book also includes full details of the war engines and tactics of the Titan Maniples and the Questoris Households, as well as the rules needed to represent them on the battlefield.

– Rules and unit profiles covering every unit, weapon, and piece of wargear available to the Taghmata Mechanicum, Titan Maniples, and Knight Houses in Warhammer: The Horus Heresy

– Warlord Traits, a unique Reaction, Cybertheurgy, and Orders of High Techno-arcana for bringing the esoteric abilities of the Mechanicum to the tabletop

– Rules for fielding two Divisio Tactica: the Titan Legions and the Questoris Households

– A visual showcase for a variety of Mechanicum forces, containing heraldry markings, iconography, colour schemes for infantry and vehicles, and a small gallery of stunning photography

In order to use the contents of this book, you will require a copy of the Warhammer: The Horus Heresy – Age of Darkness Rulebook.