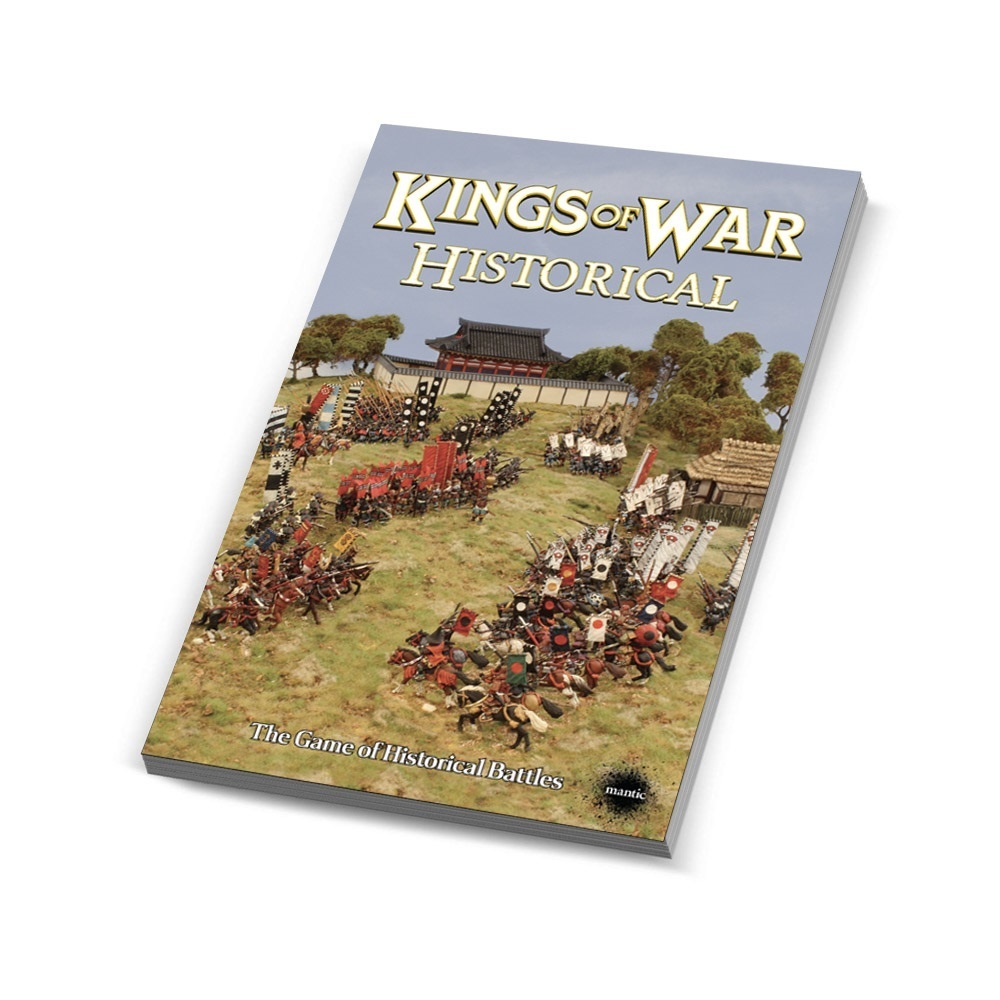 Kings of War is the mass-battle table-top game from Mantic that is loved by thousands of players around the world as mighty armies clash across myriad battlefields. The ruleset has its roots very firmly bedded in historical war gaming. The sight of legions of beautifully painted infantry and cavalry models lined up ready to outwit and outfight their foes across the table is one which fires the imaginations of both historical and fantasy war gamers alike. History has taught us how such battles were fought and so it is to history that Kings of War players can now turn to relive ancient battles, alliances and animositie.

Within this book you will find the rules and army lists to allow you to play Kings of War with a range of different armies from across a wide swathe of history, from antiquity to the late middle ages. You can tailor your units with veteran abilities and even introduce mythical elements to your force. Existing players will also find some new ways to play. We sincerely hope you have great fun with it.