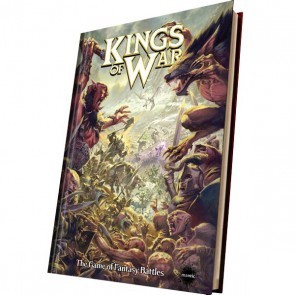 Kings of War 2nd Edition is a hardback rulebook that contains the complete Kings of War history and rules. It features: