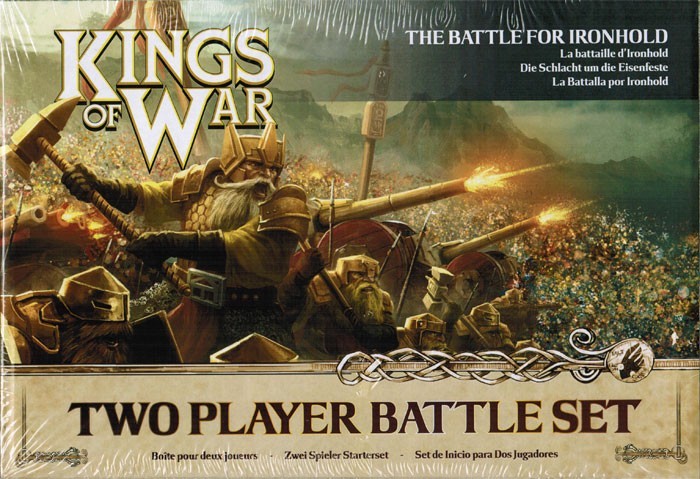 This set contains a Kings of War 2nd Edition Gamer’s Rulebook, and 93 multi-part plastic Undead and Dwarf miniatures, including:

Since ancient times, the world has been ravaged by war. The wise foresee an age of horror approaching, for the spirit of the earth is sick, tainted by deadly sorcery in a great conflict ages past. Not that the warlords of this bloody era care, not while there is glory to be won, territory to be wrested from the enemy, foes to be slaughtered. The so-called Noble Peoples – Men, Elves and Dwarfs – now struggle for power and influence, battling across the ruins of long-dead realms, or staking claim to new lands. Their ancient pacts are no more. The kingdoms that pledged their armies in service of those sacred treaties are gone into legend, the descendants of the noble princes who swore eternal oaths of friendship warring openly with one another. The glorious empires of those days are lost to the ocean, or buried beneath shifting sands, the palaces of the wise now home to kraken or shambling revenants, while the scions of their great houses are exiled or long-dead…