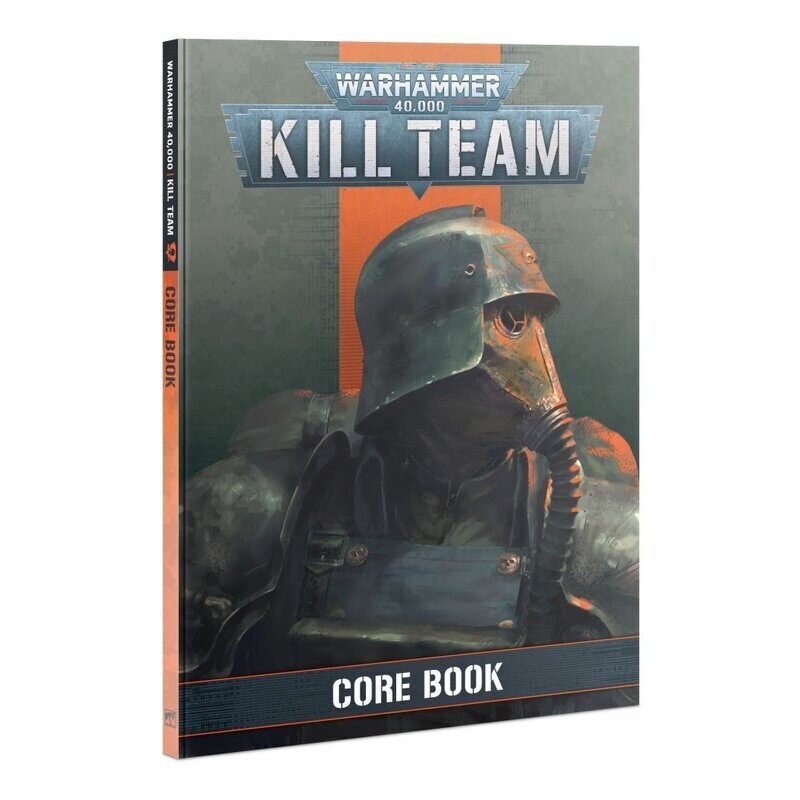 Art.-Nr. 60040199135
SFr. 42.00
lieferbar
1
Produktbeschreibung
Sprache: English
Hersteller: Games Workshop
Lieferzeit: 2-3 Tage
Bitte beachte, dass es sich um ein Produkt in englischer Sprache handelt. While armies numbering millions clash on battlefields spread across a thousand worlds, specialised teams of elite operatives are dispatched on dangerous missions to accomplish vital objectives from the shadows. These kill teams, as they are known, are picked from the most capable and independent of their kind, using strange and esoteric skills to achieve what a mighty army could not. The new edition of Warhammer 40,000: Kill Team has been redesigned from the ground up as the greatest tabletop skirmish experience yet, seeing teams of experienced operatives engage in vicious close-quarters combat as they race to complete their missions. In this book you'll find the complete rules for playing Kill Team as well as a host of missions to embark on, lore covering the grim darkness of the 41st Millennium, and insight on the factions vying for dominance among the shadows. The Book This 144-page book is the ultimate companion for kill team commanders, containing all the knowledge you need to collect, build, paint, and play in the world of Warhammer 40,000: Kill Team. Ten Thousand Years of War The book opens with a summary of the 41st Millennium’s history, including details on the Imperium’s massive military might and the forces they encounter in their ceaseless wars across the galaxy. It also introduces kill teams, the squads players command in the course of the game, and details their continued deployment across myriad war zones throughout the galaxy. Core Rules The first rules section contains the core concepts you need to start fighting battles in Kill Team, including the tools required, phases of play, and operative datasheets. Killzones Here you'll find rules and guidance on how terrain interacts with your games, including example board arrangements, as well as rules governing movement around, over, and through your scenery. Ways to Play Once you've got the basics squared away, find out all about the three core ways to play the game and the missions you can undertake. Open Play A free-form style of play suitable for those new to Kill Team, and a perfect place to practice in a relaxed mission environment. It’s not just for newer players, though, as experienced commanders can use the included mission creation rules to craft thematic and expansive games fit for the most hardened veterans. Matched Play As the most mechanically balanced style of play, matched play games are a chance for commanders to pit themselves against their opponents in battles of tactical skill and turn-by-turn decisions. With each kill team using only the core weapons and equipment on their datasheet, players will need to plan ahead to outsmart their foe and claim victory. Spec Ops Narrative Play The narrative campaigns detailed in the brand new Spec Ops rules allow you to take your kill team from a band of raw recruits to experienced veterans, earning accolades and special skills along the way. As teams complete objectives and earn rewards – even against opponents not participating in a Spec Ops campaign – decisions made will impact the future of your operatives and turn regular games into a rich narrative experience full of cinematic moments. Critical Operations Mission Pack A selection of 9 exciting missions designed to be balanced for matched play games, but equally playable in open play and Spec Ops narrative play games. Tac Ops A suite of selectable secondary objectives used across a number of mission types. Tac Ops are hidden from your opponent, so commanders can decide on their strategy ahead of time while watching out for their foe’s actions on the battlefield. Appendix The book closes out with a handy reference section packed with special rules and abilities, as well as an overview of the different tokens, counters, and accessories used in games of Kill Team.