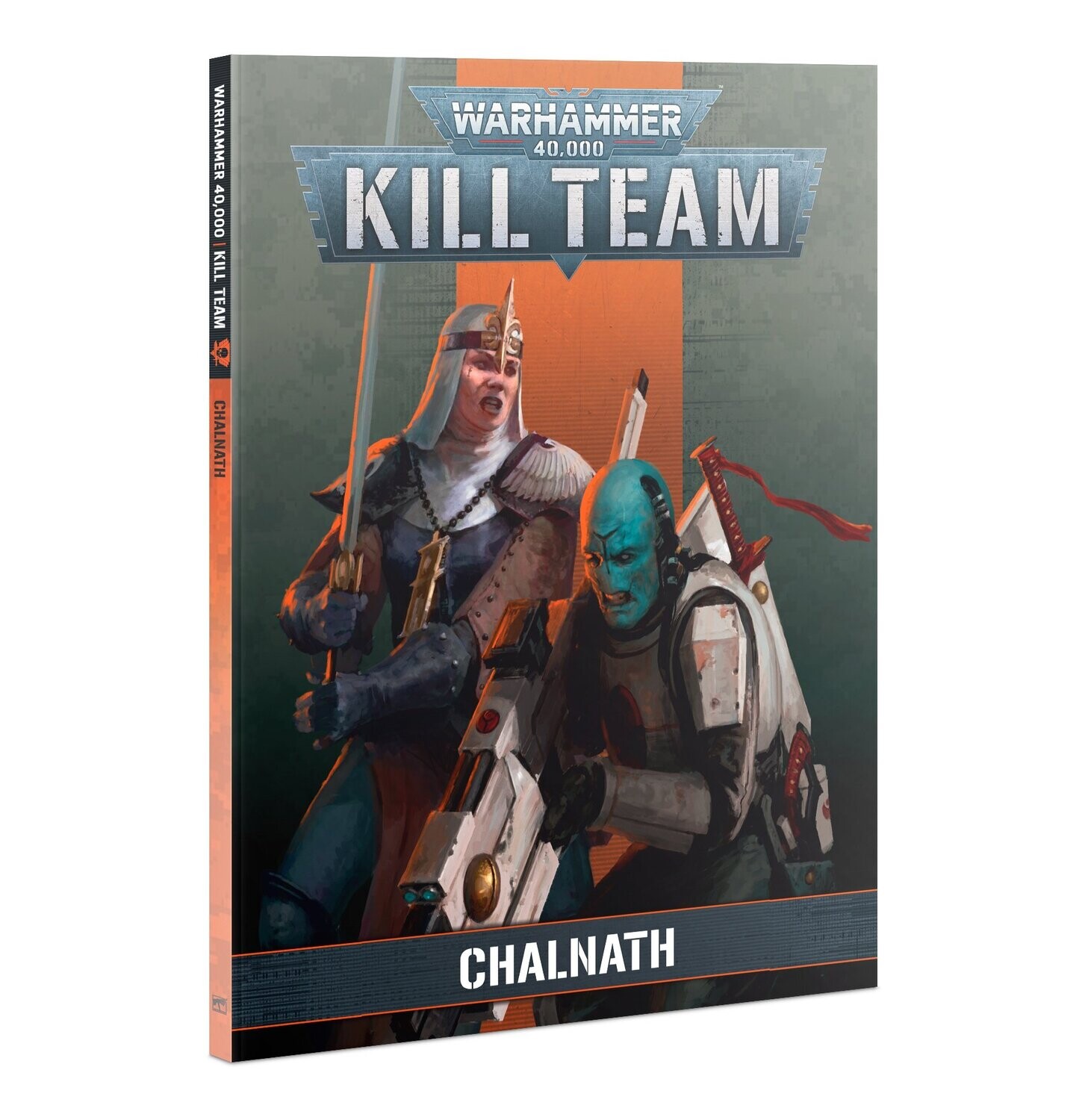 Resource-rich and isolated from the other worlds of the Chalnath Expanse, the Vedik System is a worthy target for the T’au Empire. When a lost fleet of Adepta Sororitas unexpectedly arrived in the system, months of trade and negotiation were undone, as the zealous Sisters of Battle took it upon themselves to free Vedik from xenos interference. Now, there is open war. While armies engage in battle, kill teams of T’au Pathfinders and Adepta Sororitas Novitiates clash, fighting to win over the system's populace by spreading the truths of the Greater Good and the Imperial Creed.

This is the paperback Kill Team supplement originally found in the Kill Team: Chalnath boxed set, now available on its own. Inside these 96 pages, you’ll find full rules and background for both Adepta Sororitas Novitiates and T’au Pathfinder Kill Teams, datacards (including fillable blanks to copy), equipment lists, Spec Ops rules including Rare Equipment, and nine Shadow Operations missions for use in your games of Kill Team.

You’ll need a copy of the Kill Team Core Book to make full use of this supplement.