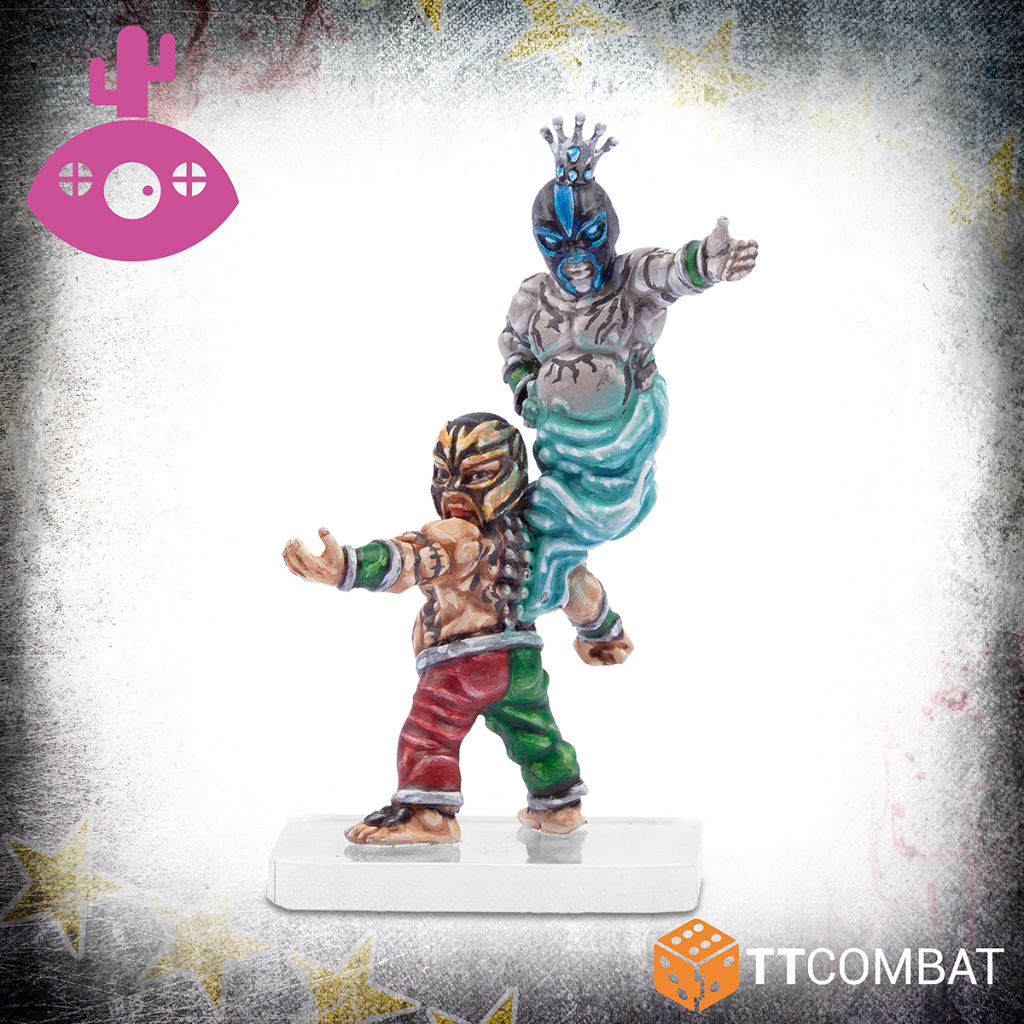 Did you think Halflings were nothing to worry about in the ring? Well think again! This Halfling is definitely one to keep your eye on!

Junior Jr Señor Jr is possibly the most reliable wrestler in the entire game. With a total of +4 to his stats, those Silver and Copper dice can start adding up, and don't expect him to fall to an unlucky roll! Jumping from the top rope he can spring over his opponents using Diving Splash, or rack up severe amounts of damage (seriously, that's enough to instant KO a goblin) with his signature move The 666. Keep him near the ropes for maximum effectiveness.

Even if he gets beat though, Alma Por Alma will allow Junior to carry on fighting even when reduced to 0 Stamina. If he KO's an opponent before the end of the round, he replenishes his full Stamina again!

Contains 1 resin miniature and 1 clear acrylic base. Acrylic bases will have coloured film on that needs removing before assembly.

Resin miniature supplied unpainted and unassembled. This kit will require cleaning and assembly, and could need some small holes filled.