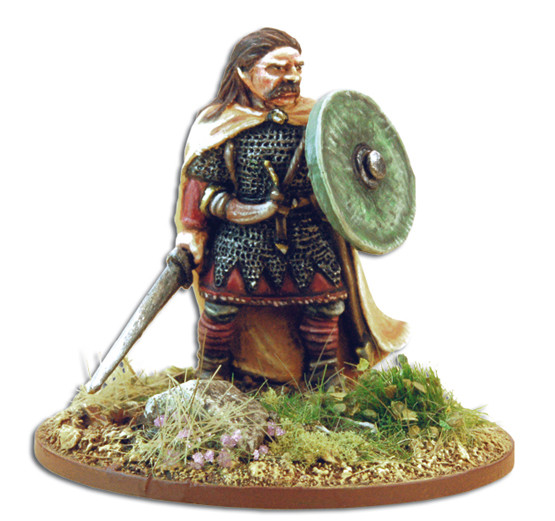 Hereward The Wake - Heroes of the Viking Age - SAGA

Hereward was in the first half of the 11th century, and according to the tales, was the son of the Earl of Mercia. We know from his turbulent youth that he was exiled by Edward the Confessor and fought as a mercenary in Flanders, keeping some wild company. He went back after the Norman Conquest, to discover that his family has been slain by the invaders, and his father's estate confiscated. He rebelled against England's new rulers, and established his rear-base in the great abbey of the Isle of Ely. Many Danes, some mercenaries and outlaws joined him in his rebellion. For years he was a pain in the Norman's backside, and a legend for the Saxons. He died in an ambush, fighting the Normans with his sword, Brainbiter, covered with their blood. Also comes with Rules Card with all the details you need to incorporate Hereward into your games of SAGA.