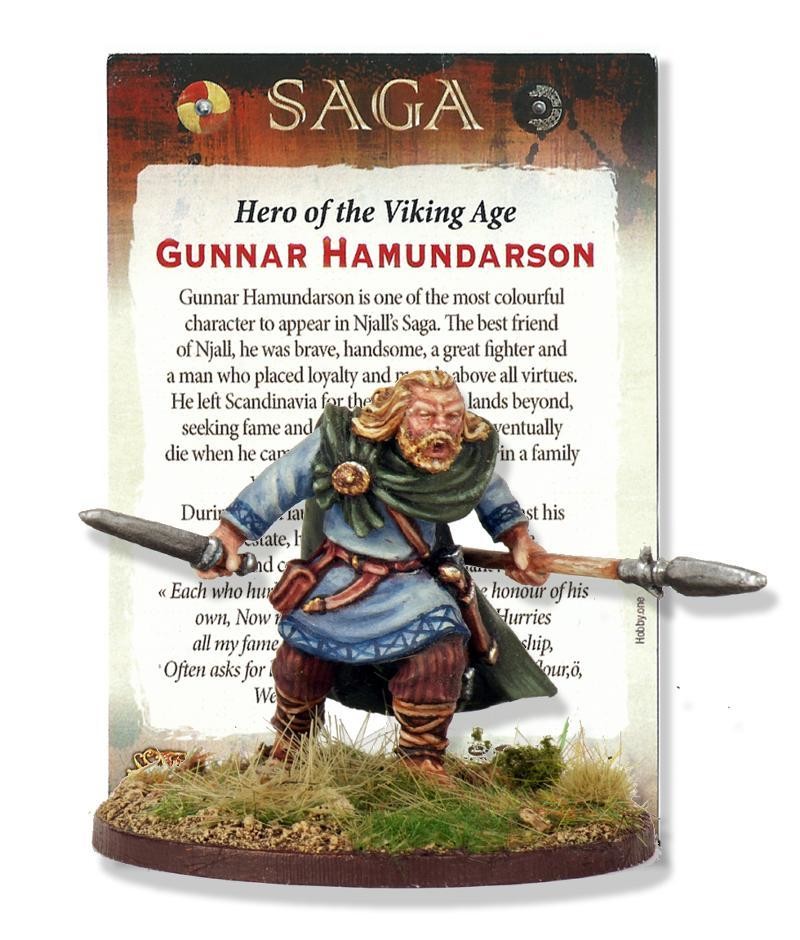 Gunnar Hamundarson is one of the most colourful character to appear in Njall's Saga. The best friend of Njall, he was brave, handsome, a great fighter and a man who placed loyalty and morale above all virtues. He left scandinavia for the east and the lands beyond, seeking fame and adventures. He would eventually die when he came back at home, taking part in a family vendetta that would seal his fate. During a raid launched by his enemies against his own estate, he was betrayed by his own wife, and could only sing his last chant.

Also included is a Rules Card with all the info you need to incorporate the great man into your SAGA games.