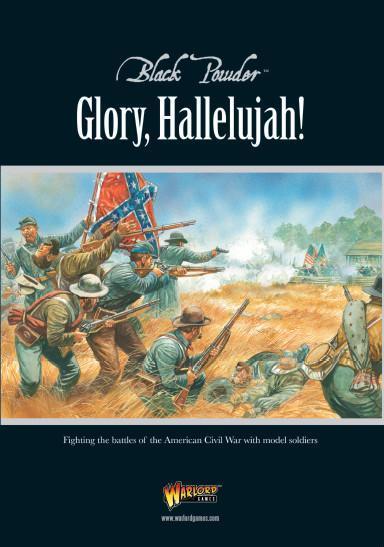 In 1860 Abraham Lincoln was elected President of the fledgling United States of America. Years of seething hostility between the North and South boiled over as the Southern States saw Lincoln’s election as a direct threat to their rights, and the nation fell apart as a new Confederacy was formed in the South. The Confederacy, striving to assert its independence, opened fire on the Northern troops occupying Fort Sumter in Charleston Harbour on April 12th 1861. Determined to preserve the Union, Northern troops headed south and on to Richmond! Over the next four terrible long years American armies tramped across American fields and burnt American farms as Americans killed Americans in a war the likes of which the nation had never seen before. The epic battles fought during the American Civil War proved beyond all doubt that war can be ‘all hell’.

This supplement for Black Powder describes the history, armies, key leaders, doctrine and tactics of the American Civil War, and includes a comprehensive set of army lists and optional rules for recreating the battles of that war in miniature.

Sniping your enemies officers from a good vantage point you will also get a characterful addition to your forces with a FREE metal miniature of Dead-Eye Davy. With 2 different head options to pose him as either a Union or Confederate sniper.