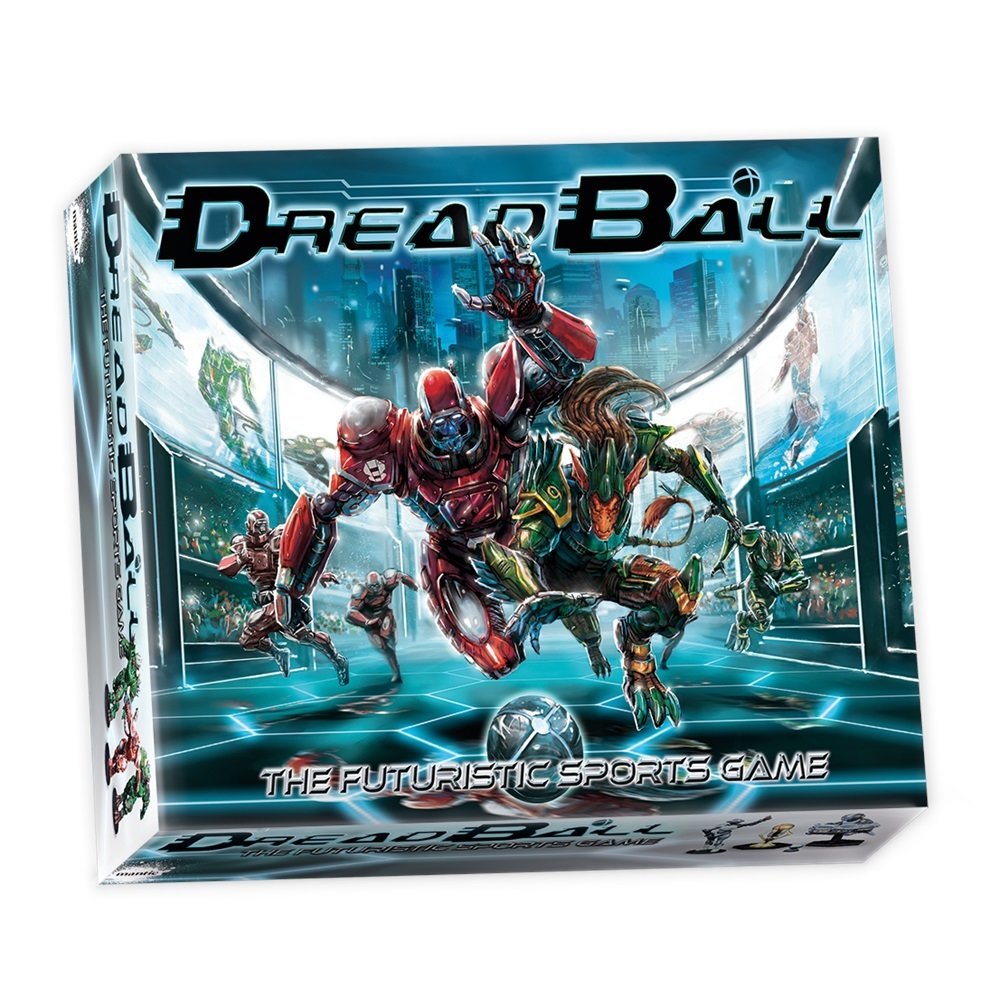 DreadBall is the fast-paced futuristic sports board game set in the galaxy’s most hi-tech arenas. Choose from the agile Ninth Moon Tree Sharks or the unstoppable Draconis All-Stars before taking to the pitch and going for glory. Outwit your rival coach with tactical set pieces, push your luck with daring plays, or just smash your opponent to the ground with brutal tackles. When the game begins, anything goes…

This box has everything you need to start playing the galaxy's greatest sports game! You'll get two fully assembled teams, with their respective captains, plus all of the dice, cards, rules and counters needed for play.