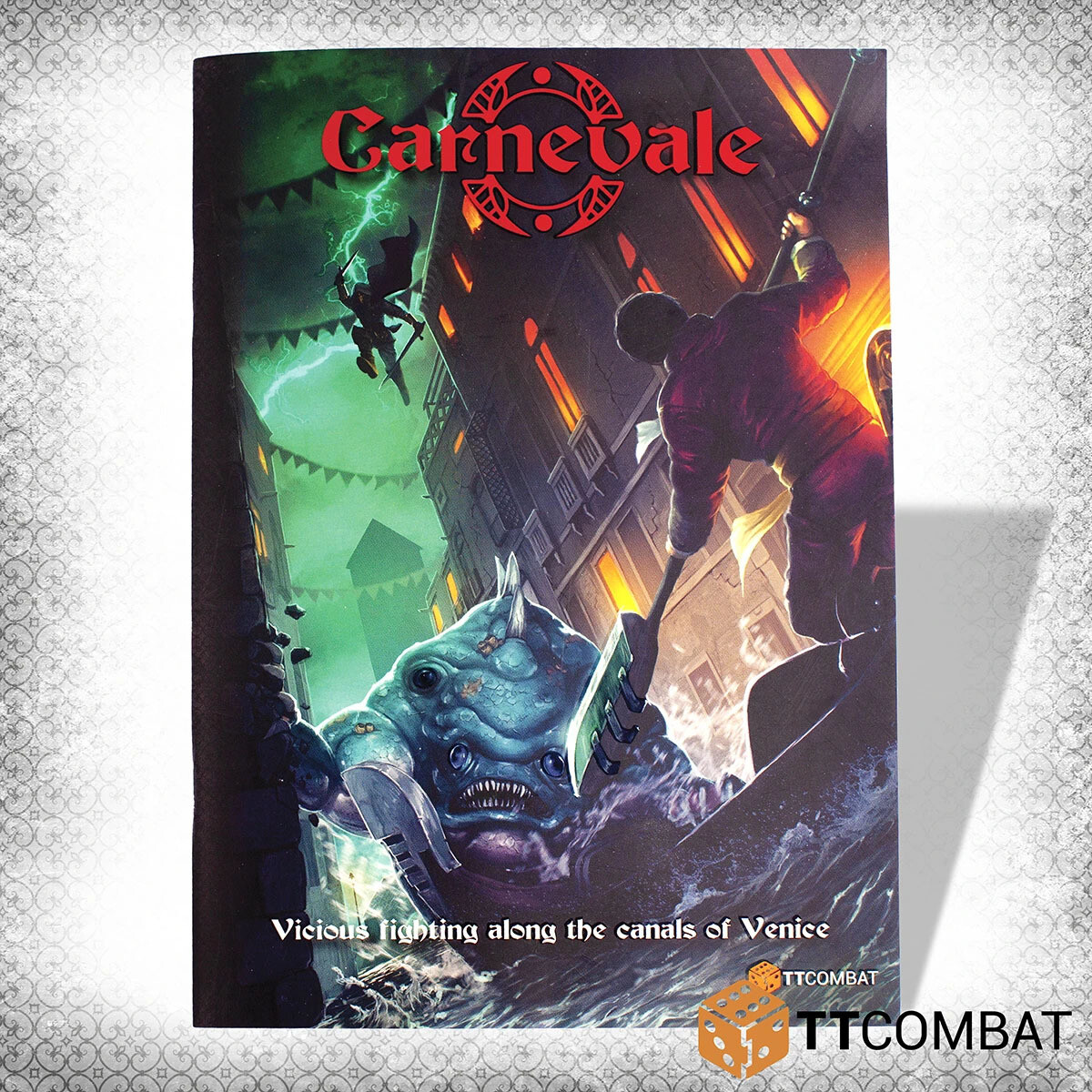 Carnevale is a small scale skirmish game focused on freedom of movement combined with brutal combat and impressive magical abilities. Jump from rooftop to rooftop to hunt your opponent's gang, or dive deep into the canals to drown your enemies.

Written by New York Times Bestselling author Gav Thorpe and Lewis Clarke, this book contains everything you need to jump into the world of Carnevale, including extensive background and full rules for playing games in the streets of Venice.

This 48-page softback rulebook is an easy way to get stuck into the world of Carnevale. It contains an introduction to the game, Venice itself, and to each of the factions fighting for control of the City of Canals. Then we get stuck right into the rules! Although a smaller format than the full size book, this volume contains everything you need to start playing, including the basics, actions like jumping and drowning, Equipment and Agendas. It even contains 5 scenarios as part of the Winds of Fate campaign.

The rules of the game are easy to pick up but hard to master, and this small format book is perfect for referencing mid-game, and it means you don't have to cart around the massive rulebook to the gaming club!