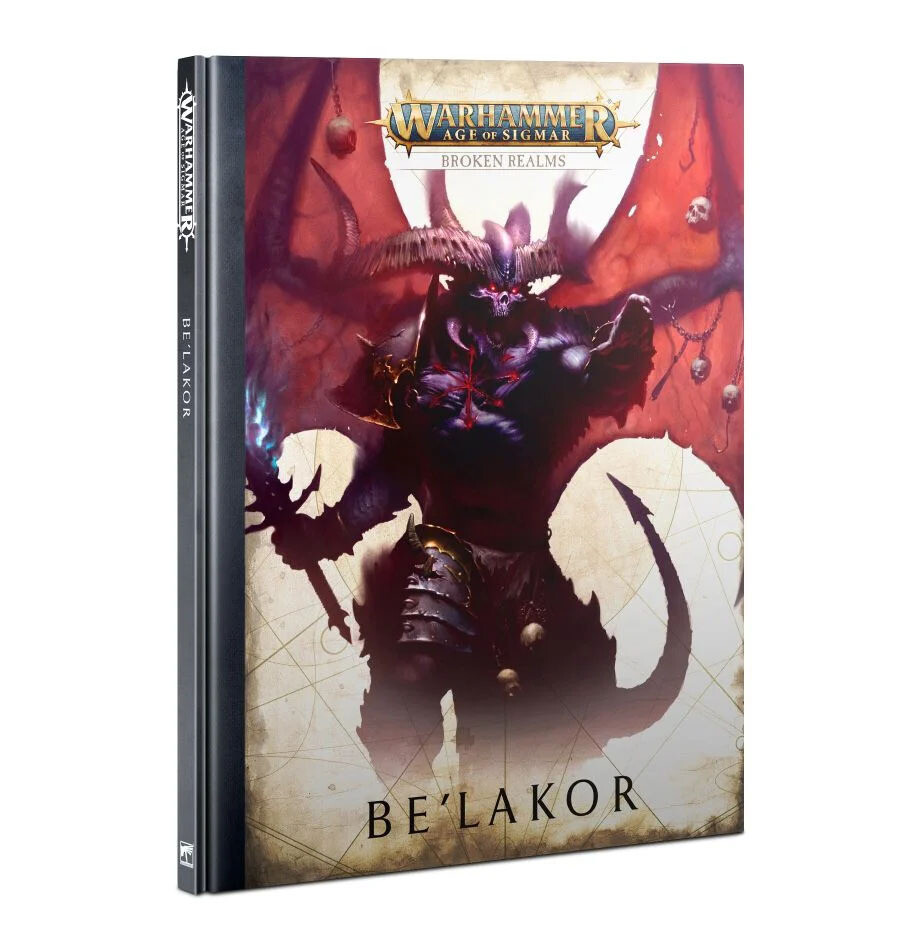 While the Mortal Realms rage under the fires of countless wars, one scorned figure looks to take advantage and further his unknowable agenda. Be'lakor, the Dark Master, whose schemes have had their twisted tendrils in many momentous events, begins to enact the final stages of his grand ambition. With the beleaguered Stormcast who followed Morathi into the Eightpoints making their retreat back across the Bloodwind Spoil, and the Seraphon beginning their own assault upon Archaon's realm, what could the first and greatest of the Daemon Princes have in store?

The third instalment in the Broken Realms series sees the hidden machinations of Be'lakor come to the fore as the Dark Master begins to take a more direct role in the Mortal Realms' events. The dire consequences will ripple across multiple factions, including an unforeseen alliance between Chaos and Death, the march of the Seraphon's Celestial Stampede, and the introduction of siege warfare to Warhammer Age of Sigmar.

- Rules for the Legion of the First Prince, including an expanded warscroll for Be'lakor himself and updated battle traits, spells and artefacts for his Slaves to Darkness warband

- Coalition of Death rules allowing you to play team-based games including 3 or more players, who may need to team up temporarily to take out a threatening foe while keeping an eye out for their so-called 'allies'

- Six battleplans to help you recreate pivotal moments from the story, as well as Realms of Battle rules to represent the unique locations they were fought in