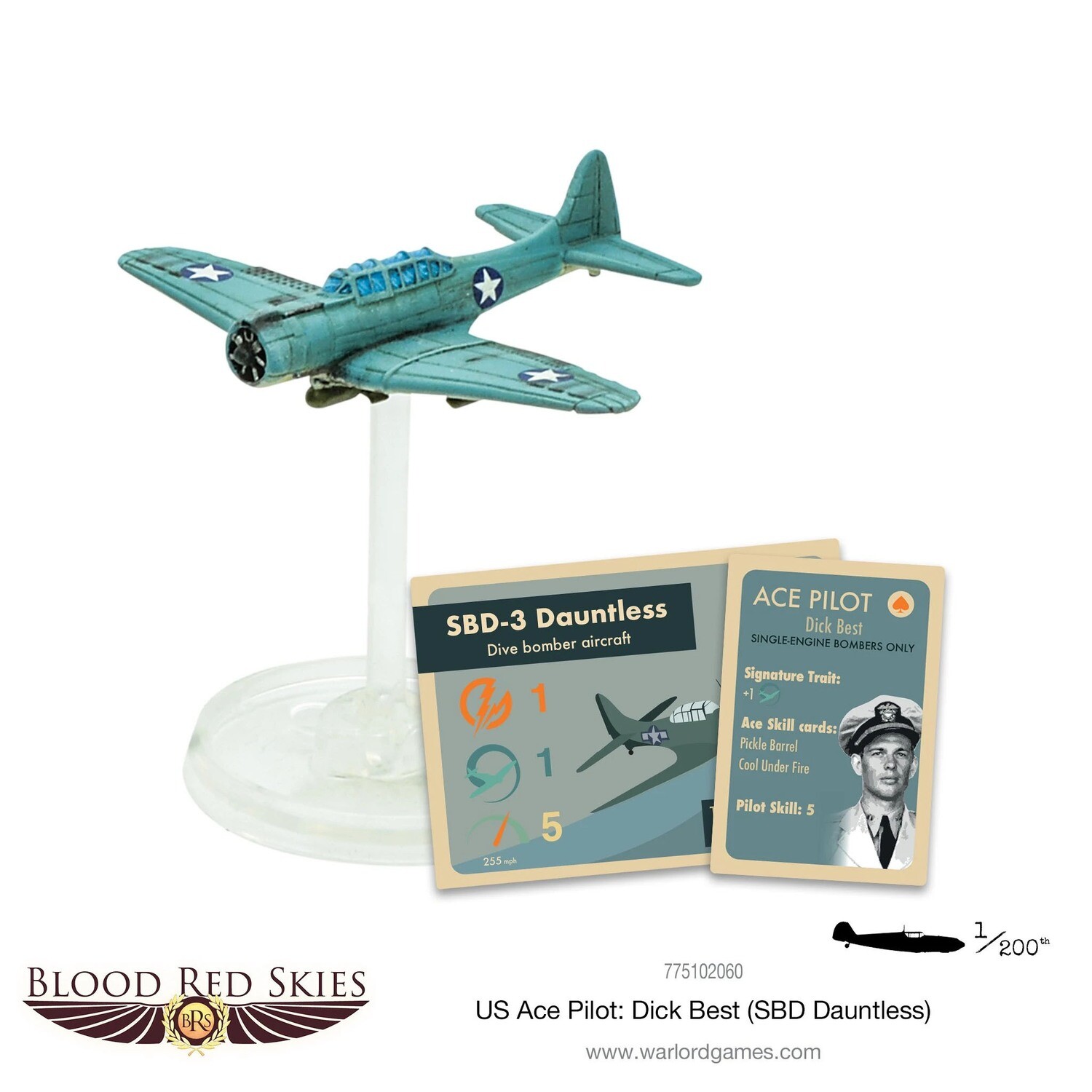 While we hold as much stock as possible, on occasion this product may need to be cast especially for you by our expert staff. If your order includes this item, it may take a few more days before we ship it.

Richard Halsey ‘Dick’ Best graduated with honours from the United States Naval Academy in 1932 and transferred to naval aviation in 1934. He joined the USS Lexington in 1936, later taking an instructor role before moving to dive bombers. He was assigned to USS Enterprise in 1940 and rose to squadron commander of VB-6. When WW2 broke out, Best participated in several raids against the Japanese as part of Enterprise's air group, but he is remembered for his actions in the Battle of Midway in 1942. There, Best fatally struck the IJN carriers Akagi and Hiryu. He was awarded the Navy Cross and the Distinguished Flying Cross for this incredible achievement, but it was also the last time he flew in combat. Faulty oxygen supplies damaged Best’s lungs during the battle and he was medically retired in 1943.