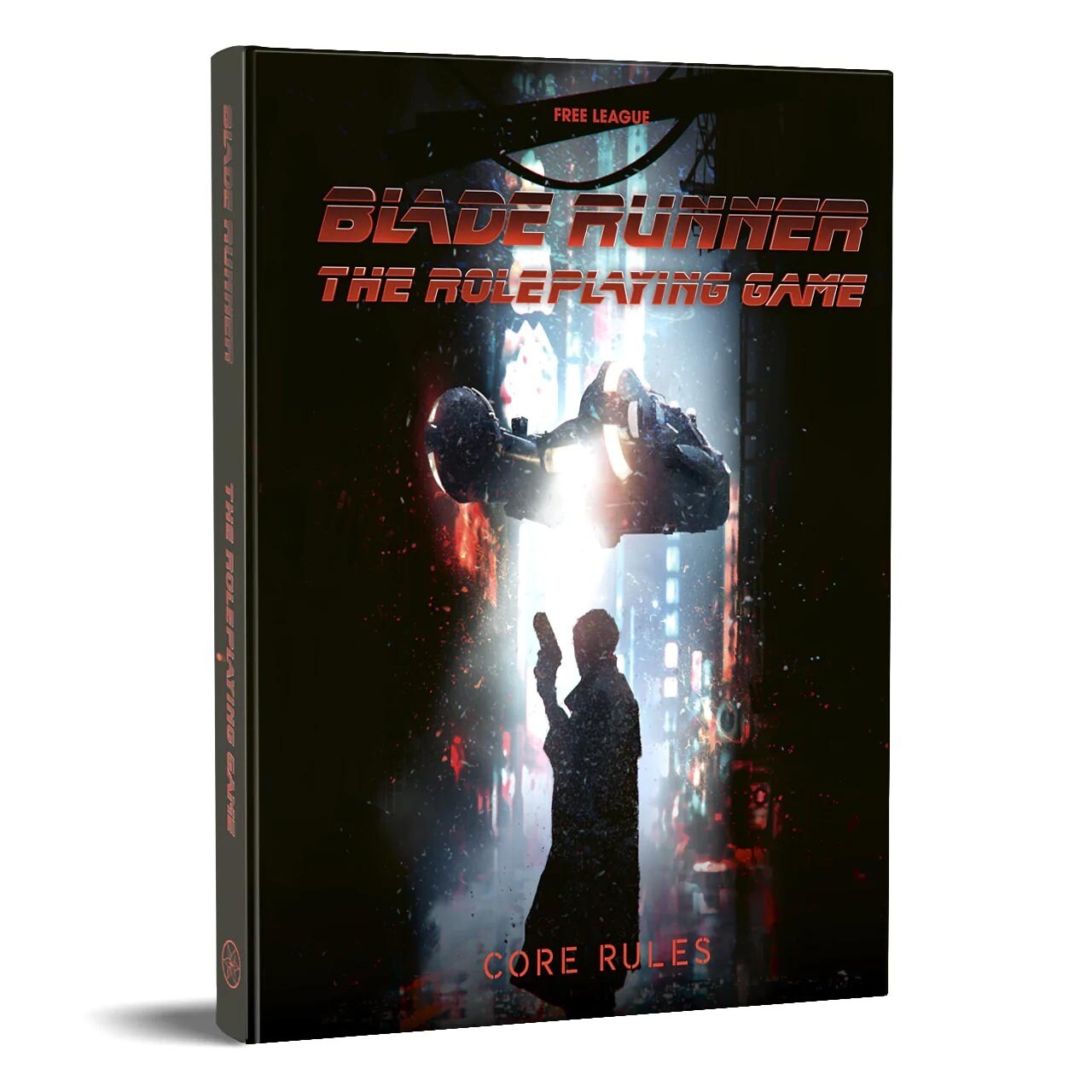 FLFBLR001
SFr. 49.00
lieferbar
1
Produktbeschreibung
Lieferzeit: 2-3 Tage
The official Blade Runner RPG propels you into the streets of Los Angeles as Blade Runners with unique specialties, personalities – and memories. The game pushes the boundaries of investigative gameplay in tabletop RPGs, giving you a range of tools to solve an array of cases far beyond retiring Replicants. Beyond the core casework, the game showcases the key themes of Blade Runner – sci-fi action, corporate intrigue, existential character drama, and moral conflict. It challenges you to question your friends, empathize with your enemies, and explore the poisons and perseverance of hope and humanity during inhumane times. The rules of the game are based on the acclaimed Year Zero Engine, used in award-winning games such as the ALIEN RPG, Tales From the Loop and Forbidden Lands, but further developed and uniquely tailored for BLADE RUNNER. Set in the year 2037, the game begins shortly after the Wallace Corporation debuts the new Nexus-9 Replicants on Earth, giving you the choice to play as either human or Replicant Blade Runners with different specialties, personalities, and memories. As a member of the LAPD’s Rep-Detect Unit, you’ll face impossible choices and find beauty and humanity in the stubborn resilience to keep fighting. To persevere through pain. To agonize over itches you can’t scratch. To do questionable and extraordinary things, chasing after fleeting moments of love, hope, and redemption to be lost in time like tears in rain. Other than that, it’s just a normal day on the force, so get to work and grab some noodles on the way. That stack of cases won’t crack itself. It’s a shame you won’t live long enough to solve them all. But then again, who does? The BLADE RUNNER RPG is published in partnership with Alcon Entertainment and was recently voted Most Anticipated RPG of 2022 in the annual vote held by the EN World. ©2022 Alcon Entertainment, LLC. All rights reserved.
Auf den Merkzettel
Preise anzeigen in: CHF