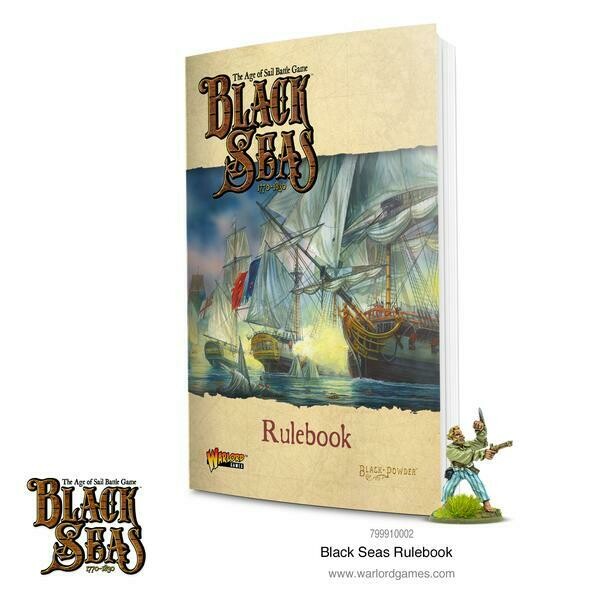 The Black Seas Rulebook is gloriously detailed and you can see Gabrio's passion for the period throughout the 96 pages. It includes everything to play rules-wise, also delving into the likes of painting & rigging your vessels, campaign play, linking to games of Black Powder and national special rules options!

Black Seas focuses on the latter part of the golden age of sail – known as the ‘carronade era’ – which encompasses the period between 1770 and 1830. At this time sailing ships reached their peak of technological advancement, both in terms of speed and armament, and tactics employed became extremely refined and daring. HMS Victory, USS Constitution, Santissima Trinidad and Admiral Lord Nelson are amongst the leading protagonists of this era – legends of naval warfare.

These rules are designed for a fast-paced and fun game, rather than to give a completely authentic sailing simulation. They’re realistic in many respects, but several of the intricacies and difficulties of battling with a fully rigged sailing ship have been simplified to avoid games becoming bogged down in unnecessary minutiae and book-keeping.