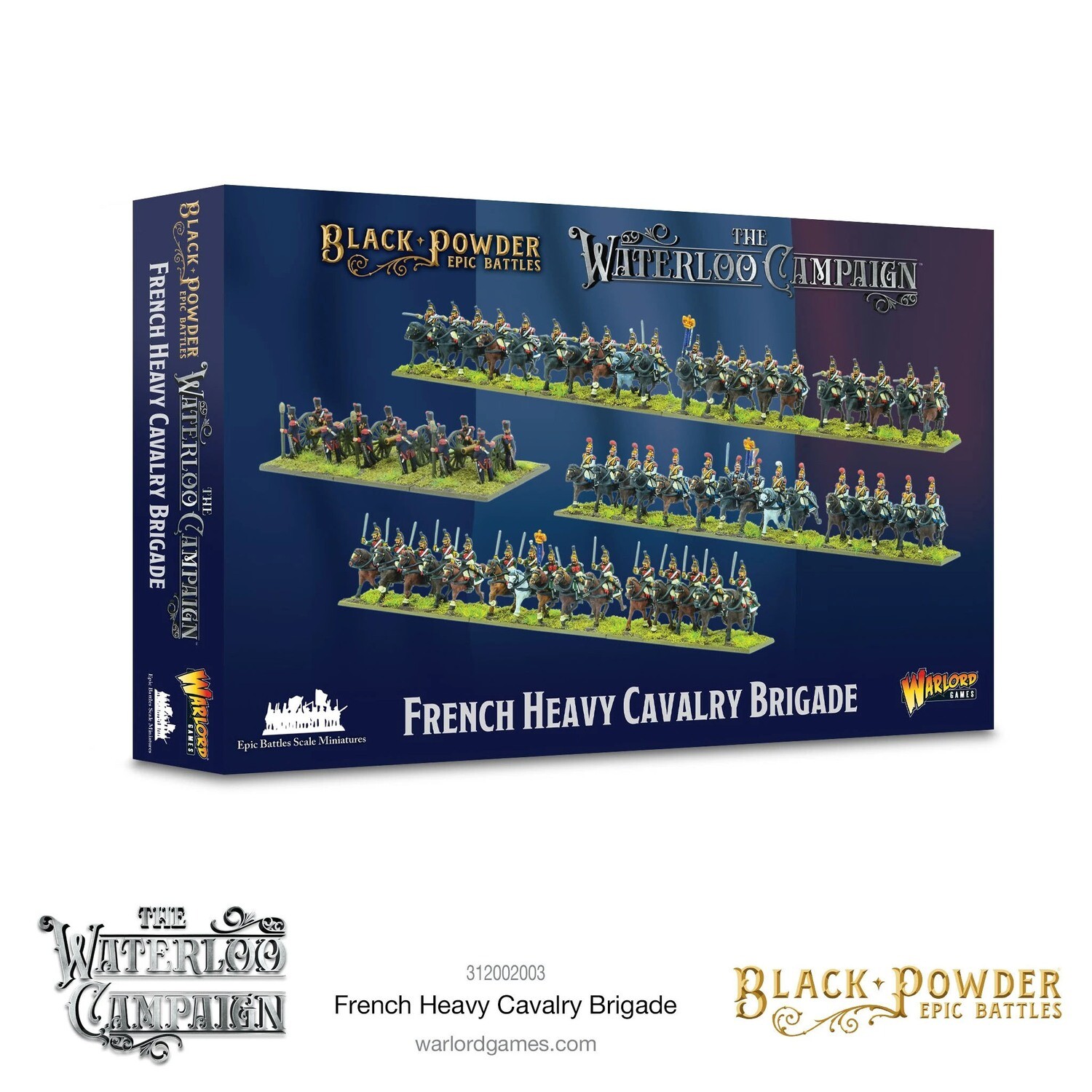 Cuirassiers, Carabiniers and Dragoons were France's heavy strike force and had proven themselves throughout Europe on every battlefield and against a host of enemies. Well-armed and armoured, and intelligently led, these are big men on big horses – two thirds of them in shining steel and copper armour bright in the Belgian sunlight.

Some regiments may have taken their beloved eagle standards on the field of battle as rallying points - we have included this option for those wishing to field them in all their glory. This plastic set provides enough models to field a complete brigade of three French heavy cavalry regiments (four bases of Cuirassiers, three bases of Carabiniers and three bases of Dragoons) and a 3-gun horse artillery 6-pdr battery.