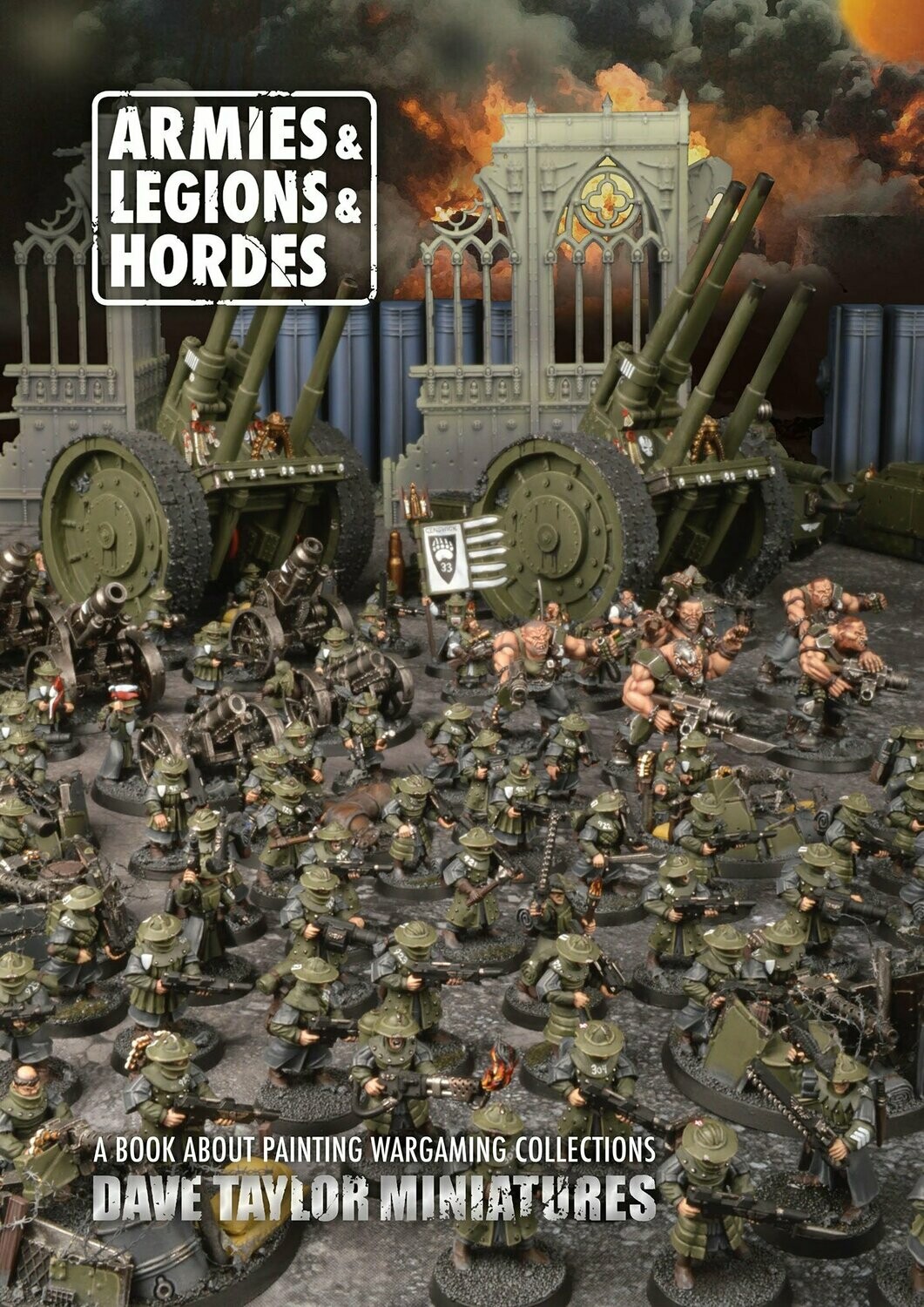 Art.-Nr. Armies-Legions-Hordes
SFr. 36.00
lieferbar
1
Produktbeschreibung
Sprache: English
Produkt-Typ: Buch
Lieferzeit: 2-3 Tage
10,000 miniatures and more! That’s how many wargaming models Dave Taylor has painted over the last 27 years. That’s dozens of armies, for some of the most popular wargames systems (and some of the most obscure, too!) Some of these have been commissions and others have been personal projects. During that time, he has had a LOT of conversations about the “what”, “why”, and “how” of the inspiration, preparation, and motivation for such large projects.

Last year, Dave decided it was high time he wrote all these things down, compiling decades of knowledge about completing wargaming armies on a regular basis. He also thought it would be cool to include detailed photographs of his more popular projects such as the Genswick 33rd Rifles, his Warlord Titan, and his Nuln Empire army.

Dave is well underway with the writing of the book, and is covering topics like:

The book will also contain contributions from some of his favorite army painters including: Brandon Palmer from GMM Studios, Ash Barker from Guerrilla Miniature Games, Teri Litorco from That Teri Girl, Mel Bose from The Terrain Tutor, Joel Moon from the Mordian 7th blog, John Cadice from Ninja Division, Brian Carlson from the Brian Carlson Miniatures blog, and John Lyons from Beasts of War.

Armies & Legions & Hordes will feature some of Dave’s favourite army/collection projects. The photo showcases will also function as specific examples of the army painting process described in the first half of the book. These projects will include: