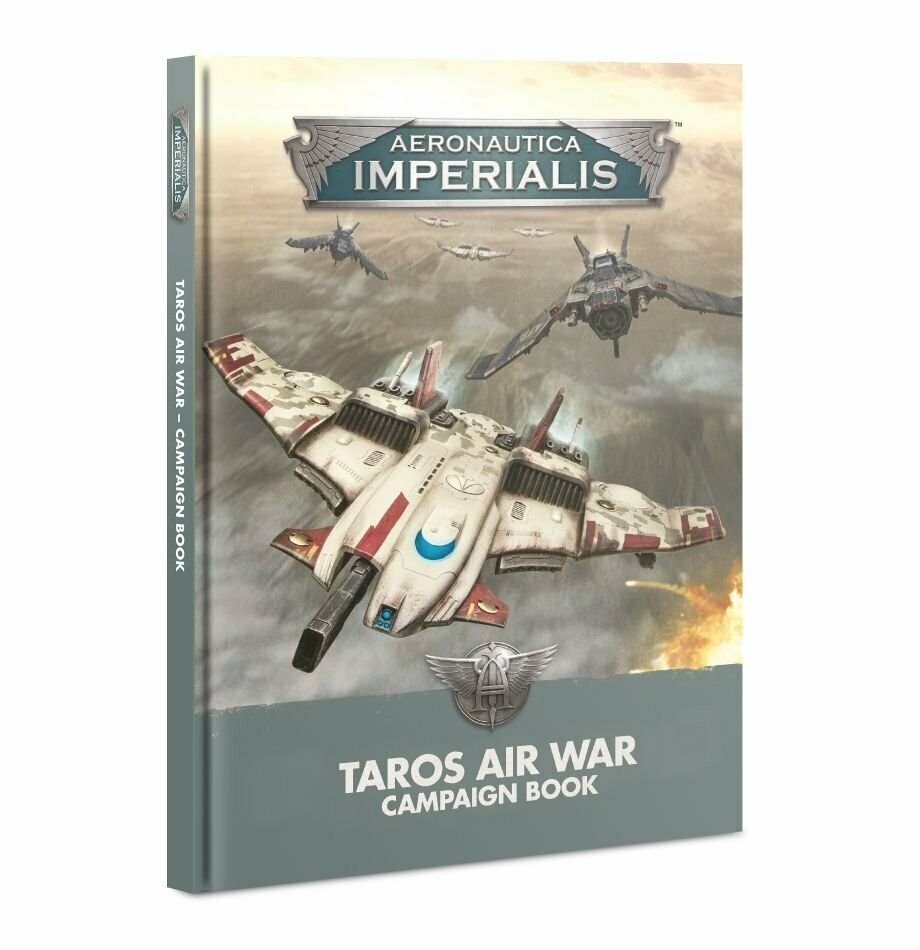 Taros was an unassuming mining world nestled in the Ultima Segmentum, faithfully toiling in the service of the Imperium of Man for thousands of years… or so it seemed. The T’au Empire quietly began trading with the planetary governor – when this treachery was discovered, the Imperium’s response was relentless and brutal.

- A matt-finish cover with gloss spot finish highlights, plus a ribbon bookmark in drab green.

- The full Aeronautica Imperialis game rules, including how to build your force using Squadron Lists, perform Ace Manoeuvres, field different classes of aircraft and unleash ground defences. Learn how to manoeuvre your aircraft, adjust their altitude and change speed while avoiding the risks of crashing and breaking up (if you exceed your maximum speed). There are even rules for special manoeuvres including landing, taxiing, and taking-off.

- In-depth background on the war to retake Taros from established T’au Empire armies, in particular the air war and daring low-altitude skirmishes.

- Rules for campaign play, including how to replace destroyed aircraft and level up your pilots as they gain experience.

- A reference page showing the eight different manoeuvres aircraft can take, as well as a 2-page quick reference containing the key game rules.